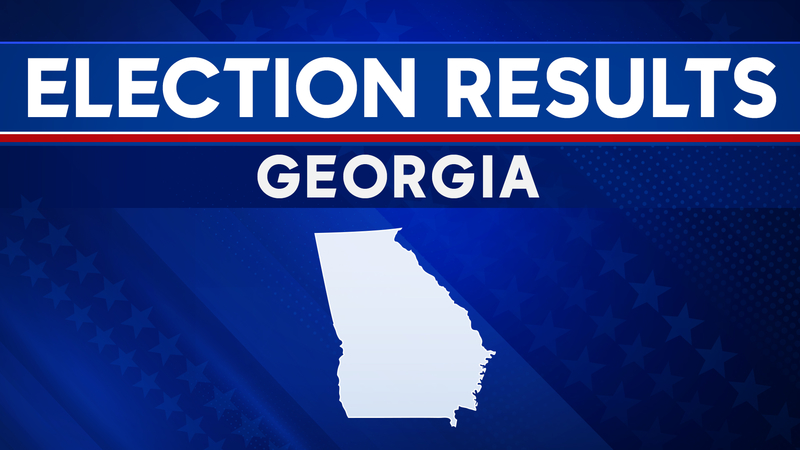 Biden overtook Trump in the number of ballots counted in the battleground Friday, a must-win state for Trump that has long been a Republican stronghold.

As Friday at 5:08 p.m. ET, the former vice president now has a 4,263-vote advantage over Trump. The contest is still too early for ABC News to call.

Secretary of State Brad Raffensperger said Friday morning that an estimated 5,000 outstanding ballots are left to be reported -- many in counties where the former vice president was in the lead.

Raffensperger alluded to a recount in a Friday morning press conference, but Georgia has no automatic or mandatory recount and can only do so if the margin between the two candidates is less than 0.5% of the total votes. According to Gabriel Sterling in the secretary of state's office, recounts cannot be requested until after results are certified.

Trump prematurely declared he was winning it early Wednesday morning.

The secretary of state's office said Thursday evening that 18,936 absentee ballots still needed to be counted in seven counties.
That did not include provisional ballots and absentee ballots that have to be "cured" before being scanned. Ballots cast before Election Day by military voters and citizens living overseas and received by 5 p.m. Friday also will be tallied.

Additionally, Biden's vote margins grew after a handful of rural pro-Trump counties processed mail ballots cast in his favor, an analysis by the AP showed.

There is a potential that the race could go to a recount. Under Georgia law, if the margin between Biden and Trump is under half a percentage point of difference, a recount can be requested.

Advocates for both presidential candidates raced to find every person in Georgia who submitted a flawed ballot before time ran out Friday to fix the paperwork in a race that could be decided by the narrowest of margins.

Hours before the 5 p.m. deadline, Christin Clatterbuck and Sarah Meng joined about 20 other volunteers who planned to visit addresses in suburban Atlanta's Gwinnett County in search of voters whose ballots were initially rejected but could be fixed with a signature or an ID.

Cam Ashling, a Democratic activist who organized the small effort, gave instructions and a pep talk. "Never has it ever been more true than now that every vote counts," she shouted beside a pickup truck with a bed full of snacks, water and a big bottle of hand sanitizer.

Clatterbuck and Meng drove through suburban neighborhoods in their small SUV. They walked past rose bushes to knock on the door of a home in Lilburn where they were looking for a 19-year-old voter. Her dad answered and promised to call her at college.

Other problem ballots were cast by people not listed on the voter rolls who will need to explain why. They must correct, or "cure," their ballots by the deadline for the votes to count.

No one knew how many flawed ballots needed to be fixed. Each of the state's 159 counties keeps its own tally.

At a second home, Clatterbuck and Meng did not find the voter, but a friend put her on the phone. She had failed to sign her ballot.

"As you know, it's so, so, so important. Today by no seconds later than 5 o'clock," Meng said, giving details on exactly what needed to be done.

The pair did not hit every home on the list. They decided to skip a house where an SUV in the driveway had a "Blue Lives Matter" sticker to show support for law enforcement in the face of Black Lives Matter protests against police brutality and racial injustice. The sticker suggested the home could be occupied by someone who backed President Donald Trump, a Republican.

They knocked on 10 doors in all. Half of the voters said they had already fixed the problems. No one answered at three houses.

Counties are required to contact voters with problem ballots so they can be fixed. Both political parties also have those lists and were reaching out.

"The voters I had talked to, they had already been talked to by like four people," state. Rep. Bee Nguyen, an Atlanta Democrat who went door to door Wednesday in DeKalb County.

Some volunteers tried to call voters with ballot problems.

"It's definitely hit or miss like anything. Think about a telemarketer," said Aklima Khondoker, the Georgia state director of All Voting is Local. "Typically for me, when a strange phone number comes up, I think it is spam."

Democrat Joe Biden was leading President Donald Trump in Georgia by about 1,500 votes at midday, but final results will not be known for days. Under Georgia law, a candidate can request a recount if the margin is less than one half of one percentage point.

The Associated Press has not declared a winner in Georgia because the race remains too close to call. The state's 16 electoral votes could clinch the contest for Biden in his quest for the 270 votes needed to win the presidency.

The secretary of state's office said several thousand absentee ballots were still being counted. Another 8,900 ballots sent to military and overseas voters could be counted if received by the Friday deadline. Counties also have provisional ballots to review.

Gabriel Sterling, who has overseen the implementation of Georgia's new electronic voting system, said the state's counties have been working diligently to finish tabulating results. He emphasized his confidence in the legitimacy of the process. Any evidence-backed complaint will be investigated, he added.

"When you have a narrow margin, little, small things can make a difference. So everything's going to have to be investigated to protect the integrity of the vote," Sterling said.