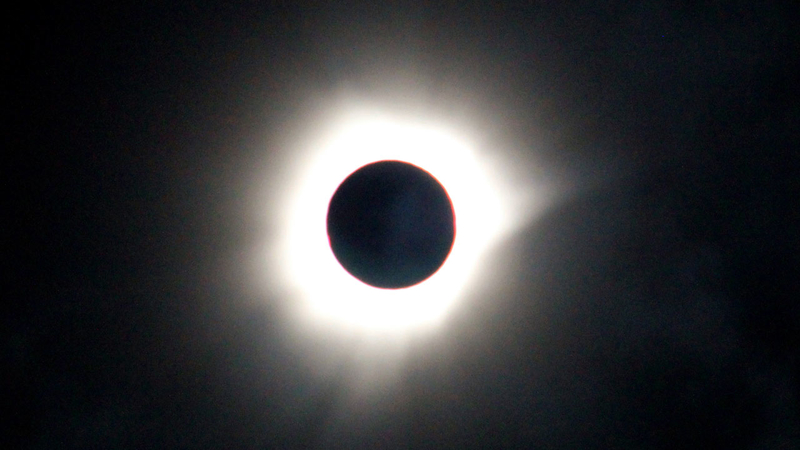 If you've never seen a solar eclipse before, 2017 will be your year! For the first time since 1979, a total solar eclipse will be visible from the contiguous United States.

On August 21, 2017, the eclipse will sweep across the lower 48 states, although the totality -- a thin, 70-mile area where the moon will appear to fully cover the sun -- will only pass through 12 states.

According to NASA, the eclipse's first point of contact will occur in Salem, Oregon, at 9:05am local time. The totality will then continue through Idaho, Wyoming, Nebraska, Kansas, Missouri, Illinois, Kentucky, Tennessee, Georgia and North Carolina, before ending in Charleston, South Carolina, at 2:48pm local time.

PHOTOS: Eclipses around the world

The celestial event will be visible for the longest period of time from Carbondale, Illinois.

Those of us in the other states (as well as viewers in portions of South America, Africa and Europe) will still be treated to a partial eclipse, where the moon will appear to cover only a part of the sun.

NASA has created an interactive map that shows viewers across the country exactly when and where they can spot the eclipse.

During the 1979 eclipse, the totality passed through the Pacific Northwest before sweeping up through eastern Canada.