'Why kill a 2-year-old?' Harris County Sheriff urging public to look out for 'dangerous' individuals 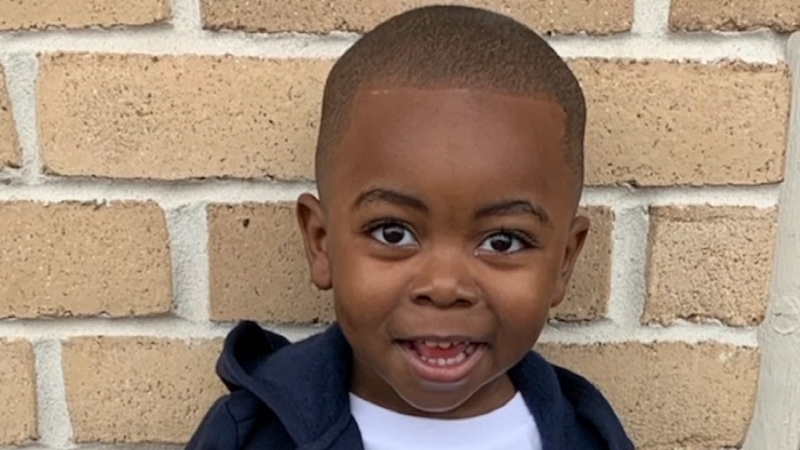 SPRING, Texas (KTRK) -- A 2-year-old boy was killed when he, his father and father's friend were shot inside the family's garage.

The little boy has been identified as Ivory West Jr.

It happened Tuesday around 11:30 p.m. at the Trailing Vine Place apartments on Trailing Vine Road off Aldine Westfield Road in Spring.

Deputies say the father was shot nearly 10 times. He was flown to Memorial Hermann, where he's in critical condition but expected to survive. The friend was shot once in the foot and is stable in the hospital. Ivory was pronounced dead at the scene.

Martinez lives in the apartment above the garage where the shooting happened. She says her husband called 911.

"Why kill a 2-year-old?" said Harris County Sheriff Ed Gonzalez said during a press conference. "Three people could have ended up dead."

This is Ivory West Jr.
He is the little boy who was shot and killed this morning, standing next to his dad. His dad was shot 9-10 times. He’s in the hospital in critical condition. The sheriff says the motive was robbery. Two suspects at large. #abc13 https://t.co/mBrF3kCF9D pic.twitter.com/NLNP2LBgMh

Gonzalez went on to say that Harris County has seen too much loss of life especially when it comes to children. He included Kamren Cassius Jones, Jazmine Barnes and Maleah Davis as examples.

"This is simply unacceptable," said Gonzalez. "As a community we can't accept it."

"We're living in a time where everybody is just kind of doing what they want," said Pastor Lee Skinner with the Good Shepherd Baptist Church.

Skinner has known some of West's family members for many years. He came to the crime scene before dawn, as soon as he heard the little boy had been murdered.

Deputies are looking for help in identifying the suspects. They are described as two black men between the ages of 25 and 35 years old. The men are approximately 5'10'' to 6' tall. One of the suspects was wearing a black hat, black pants and a black hoodie with "NIKE" on the front in gold letters. The other suspect wore a red hat and a gray T-shirt.

"These are very dangerous individuals that we should all be concerned about," said Gonzalez. "They're out there roaming the streets right now and we don't want them to harm anyone else."

The community is heartbroken and outraged by Ivory's death. On Wednesday, community members started bringing balloons, flowers and stuffed animals to a memorial for Ivory.

Mike Potter was one of the community members who used to live in the area. He brought a cross for Ivory and prayed for his family.

"I was praying for the family, that they find comfort and strength to get through this. I was praying that the Lord takes care of them," Potter said.

Potter also brought a boy's baseball cap as a reminder of what could've been.

The Harris County Sheriff's Office says detectives are following up on leads and tips, and is asking the public to call if they have any information.

The family has started a GoFundMe for funeral expenses.