KTRK
By Steve Campion and Courtney Fischer
HOUSTON, Texas (KTRK) -- The person behind the controls of a small plane that crashed in a west Harris County neighborhood overnight Tuesday was on the last leg of a training flight as part of a commercial pilot course, according to the company that owns the aircraft.

In an email to ABC13, Dana C. Atkinson, the president of Anson Aviation in Sugar Land, said the unidentified pilot-in-training was supposed to land at three airports at night, with one leg of at least 250 miles, as part of a cross-country flight scenario.

Atkinson added none of his instructors was on board since the flight is required to be done solo. The aircraft crashed with the trainee and a passenger who wasn't immediately identified.

"We do not yet know the identity of the passenger," said Atkinson.

The two occupants were injured and hospitalized following the crash-landing in a front yard in the Bear Creek neighborhood. It happened around 2 a.m. on Boulder Oaks Drive, according to the Harris County Precinct 5 Constable's Office.

When deputies arrived, they found the plane with the fuselage mostly intact. Investigators say the pilot, age 40, is in worse shape than his passenger, a 33-year-old.

According to DPS, the pilot was headed to the Sugar Land airport when the plane lost power while flying 7,000 feet in the air.

This is what was captured on surveillance video when a plane crashed in the middle of a neighborhood.

In the early hours following the crash, Atkinson, whom the plane's registration names, said the aircraft was "within all maintenance and inspection requirements," and that the pilot is an experienced customer of theirs.

According to the flightware website, the plane appears to have been traveling out of Tyler, Texas, before it crashed.

UPDATE: Plane was coming from TYLER, TX, according to the flight path, per owner of company where plane was rented. Owner also tells me: “pilot is an experienced customer” of theirs. #abc13 https://t.co/NsFTqo2jw7

The pilot went down in front of a home and hit a tree.

The owner of the home where the plane went down said she thought the sound of the crash was thunder.

"I thought it was a thunder, you know how the weather's been, like, up and down crazy. So I thought it was actually thunder until my mom comes, like, running out her room. She's like, 'The truck,' because we're always parked right there, so she automatically thought somebody had hit the truck," homeowner Frida Rodriguez said. "And she comes out, and I come out running behind her and it was really dark so we couldn't really see. And my mom said 'I'll turn on my flashlight,' and we see it was a whole plane. So it was just crazy."

MORE: investigators tell me pilot is 40 years old. He’s in worse shape than the passenger. Passenger is around 34yo. Investigators don’t know the relationship btwn the two—or where they were possibly going to/coming from. #abc13 #breaking pic.twitter.com/7w187qRPPv

Cy-Fair Fire Department crews say they had to extricate one person who was trapped in the wreckage from the plane.

Both people were transported to Memorial Hermann Hospital in the Texas Medical Center.

Investigators say they don't know the relationship between the two.

The crash is under investigation.

Crews respond to a small plane crash in the 15700 block or Boulder Oaks Dr. in Houston.

1 patient was extricated by rescue crews. 2 patients were transported by @cyfairfd EMS to @memorialhermann - TMC.@TxDPS is on-scene investigating. 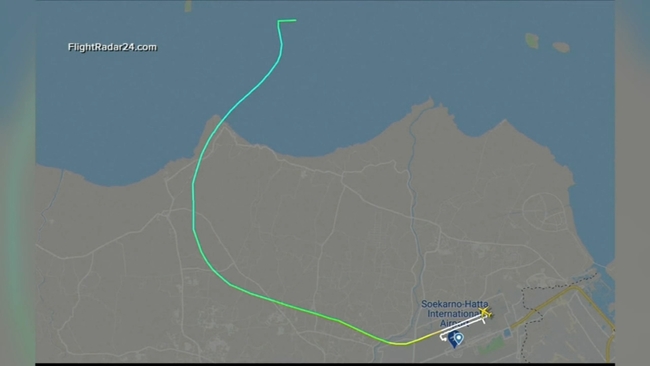 Boeing carrying 62 goes missing after taking off in Indonesia