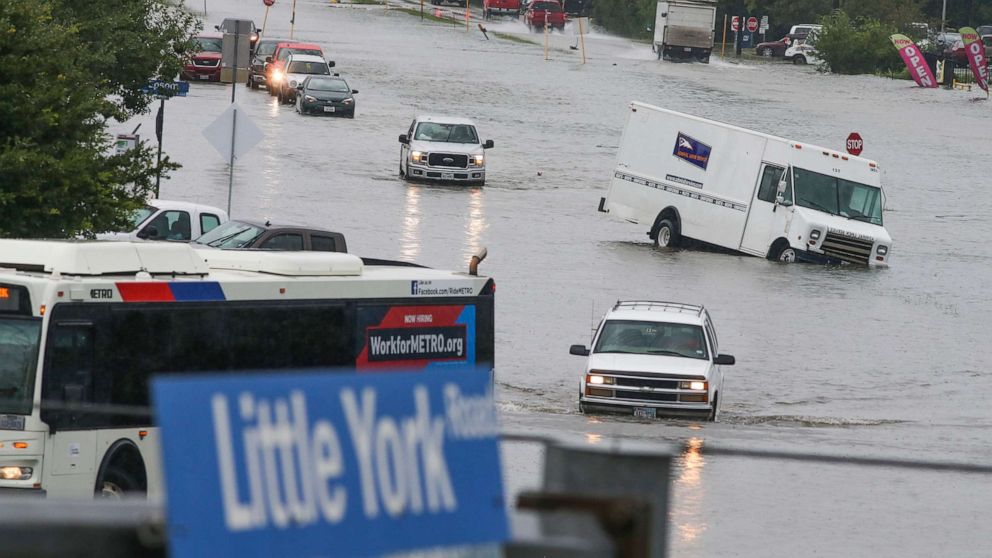 The remnants of Imelda dumped up to 43 inches of rain within three days in the areas between Winnie and Beaumont, east of Houston. Most of that rain fell in just 24 hours.

On Friday, Houston emergency workers discovered a man's body in a ditch and said they believed he had drowned. Authorities also said two drivers had died in their cars as a result of the flooding, including the driver of a stalled 2017 Dodge pickup truck on Interstate 10 who was discovered dead after floodwaters receded, and a 47-year-old Beaumont resident who was declared dead after his body was found inside his vehicle in Jefferson County.

Texas Gov. Greg Abbott on Thursday declared a state of disaster for 13 counties as the floodwaters climbed up to the door handles of SUVs.

In Harris County, which encompasses Houston, more than 1,000 people were rescued. Some residents used tractors and air boats to pull other to safety.

Houston, the nation's 4th largest city, saw over 9 inches of rainfall on Thursday, the wettest September day ever recorded there.

About 200 students from the Aldine Independent School District were forced to spend the night at school after they couldn't get home due to the flooding, ABC Houston station KTRK reported.

And the threat isn't over.