Founder of women of color voting group: 'We do not want a repeat of 2016' 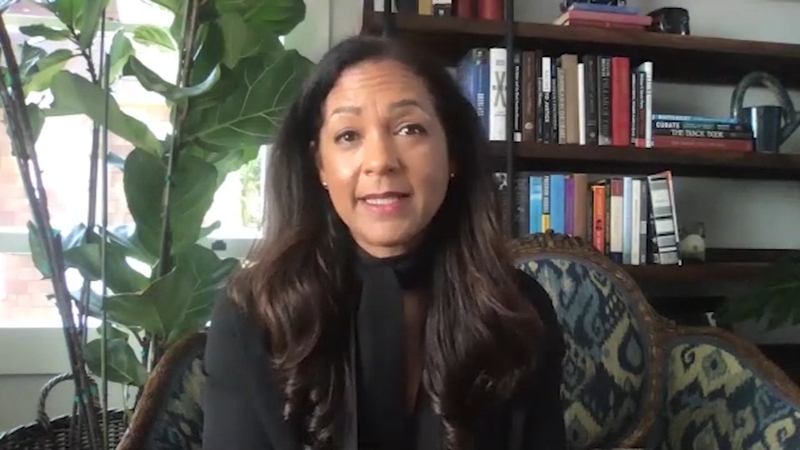 'She the People' founder says they don't want repeat of 2016

HOUSTON, Texas (KTRK) -- Tuesday marks the 100th anniversary of the 19th Amendment, which gave women the right to vote, but that didn't apply to Black women for decades.

Now, in 2020, it could be Black women who swing the election one way or the other.

It was women of color who likely helped decide the 2016 election when they did not show up to vote for Hillary Clinton. The question is: Will they show up this year?

In a panel led by Vice President Joe Biden during the first day of the Democratic National Convention, Houston Police Chief Art Acevedo discussed how America can move forward towards equality, fairness, and justice for all.

Aimee Allison is working hard to see that happen. Her group, She the People, has engaged one million women in seven battleground states to make a difference in November.

Most of them were women of color. It was the first presidential forum for Allison's group.

"You can look at the women of color vote in a state like Texas, where women of color are 25% of voters and states like Arizona, Georgia, Florida, Michigan," Allison told ABC13. "These are states that Trump won in 2016 that elevated turnout by just one or three percent will make the difference."

She said women of color have been the backbone of the Democratic Party, and its role in 2020 is emerging as a force with which to be reckoned.

"The Democrats are finally seeing how powerful the vote is from Black and Latina and Asian American women," Allison said.

Congresswoman Sheila Jackson Lee, a Houston Democrat, applauds Allison's effort and said this year, against the backdrop of a pandemic and the social unrest following the death of Houstonian George Floyd at the hands of Minneapolis police, is especially critical for women of color.

She adds having Kamala Harris on the ticket makes it even more so.

"Not only is it critical, but it's historic," she said. "It is an amazing seismic change and it is a very emotional time for all of us."

In an election season unlike any before, in so many ways, Americans are just weeks away from early voting.

"I cannot overstate how critical it is that women of color turn out in high numbers," Allison said.