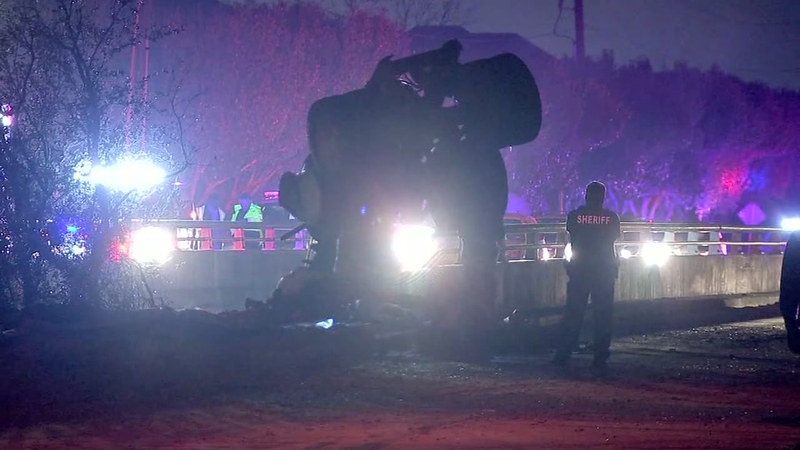 The crash happened Monday evening in the 12000 block of TC Jester near Spears Road.

Investigators say the truck's driver slammed into a guardrail before the big rig erupted in flames.

The driver was thrown from the vehicle, his body also covered in flames. He died at the scene.

Deputies did not know whether the driver was wearing his seat belt at the time of the wreck.

Witnesses told deputies the truck was traveling at a high rate of speed and swerving between lanes before the crash.

Reference to fatal accident scene at 12600 TC Jester, both sides of the roadway are shutdown. #hounews

One person is confirmed dead after a 1-vehicle crash of an 18-wheeler in the 12600 block of TC Jester. Investigation is ongoing. #HouNews pic.twitter.com/BLVXEGPoKf