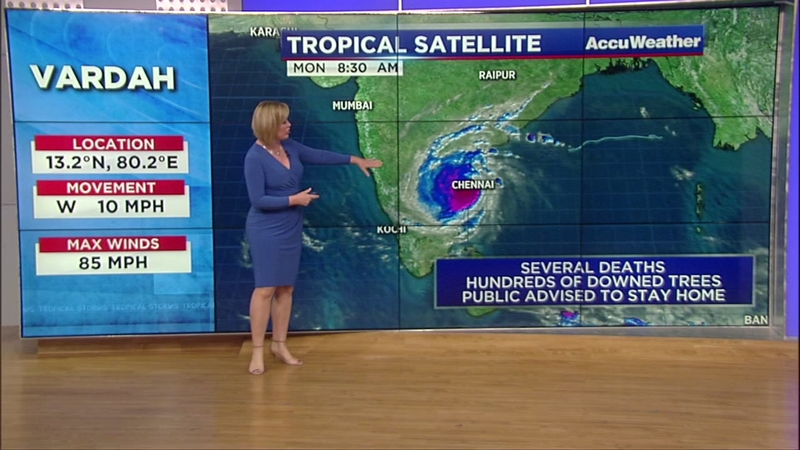 Schools and offices were closed and state authorities were on alert in Tamil Nadu and Andhra Pradesh states as Cyclone Vardah hit the coast.

Police and disaster management teams evacuated more than 15,000 people from low-lying areas, moving them to safer places as heavy rains and strong winds lashed the region. In many places, trees and electrical poles were uprooted by the rain and wind.

Police in Chennai said two people were killed in the city, but it was not immediately clear how they died.

K. G. Ramesh, director-general of the meteorological department, said the cyclone had made landfall with heavy rain and winds of up to 75 miles an hour.

"It was a severe cyclone," Ramesh said.

Police in Chennai said the storm blew out window panes from high-rise buildings, and there were power outages in many parts of the city.

Fishermen in the two coastal states were warned not to head out, with the seas expected to be rough for the next two days.

Flight operations were temporarily suspended at Chennai's airport as the runway was inundated with water, officials said.