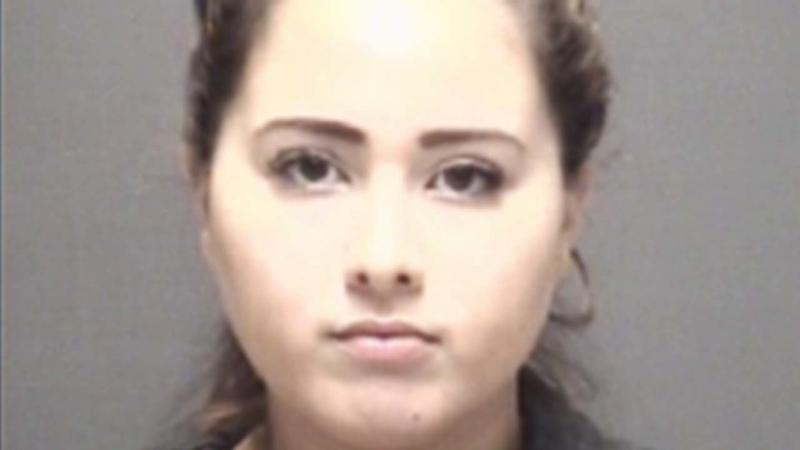 Teacher charged with having improper relationship

SANTA FE, TX (KTRK) -- A 25-year-old former Santa Fe High School teacher is now charged with having an improper relationship with a student.

Kelsey Leigh Gutierrez was arrested Monday. Santa Fe ISD says it fired the teacher after allegations surfaced that she may have engaged in an improper relationship with a student.

Gutierrez is accused of having inappropriate relations with two students, one a senior this year, another graduated from the district last May.

"Even the kids who are 18 are like I'm an adult it doesn't matter and there are still rules in place for a reason," parent Sara Janda said.

Prosecutors say the relationship with the graduate started while he was still a student. They outlined her meetings in documents presented in court Tuesday saying she met up with the current senior more than once from a gas station parking lot to a "third time" at "his parents residence."

"The morals in the world are not what they used to be. I think that's what's causing it," said parent Mandy Childs.

"Santa Fe ISD became aware that a former high school teacher was arrested Monday, November 28, 2016, in connection with allegations that she may have engaged in an improper relationship with a student. As soon as the District learned of the allegations, an internal investigation began including campus administrators and the District police department, and the teacher's employment with the District ended.

We want you to know that we take very seriously any concerns that relate to the well-being of each of our students and our first priority is the safety and education of our students in our district. We will continue to work in cooperation with law enforcement and the District Attorney's office. Inappropriate actions by teachers will never be acceptable in this District."