KTRK
By Steve Campion
HOUSTON (KTRK) -- A controversial housing project planned in Houston's Briargrove neighborhood is at a crossroads. The city's mayor, Sylvester Turner, said he does not support the project at 2640 Fountain View Drive.

He voiced strong opposition against the idea at Wednesday's city council meeting.

"After looking at the project, it was very difficult for me to justify us spending $240,000 on 233 units. I just had a hard time getting around that. There is a need for public housing," said Mayor Turner. "I want to be very, very clear. I do not intend for this project to go forward. I do not intend for the housing authority to revisit this deal. I have made my mind up. It's not going to happen. I do not want the housing authority to proceed with it."

"Know the project isn't necessarily dead," said Gilliam. "The city's actions would allow us to have access to private investment. That's so important to us. It would be very difficult to proceed without that private investment, but not unimaginable." 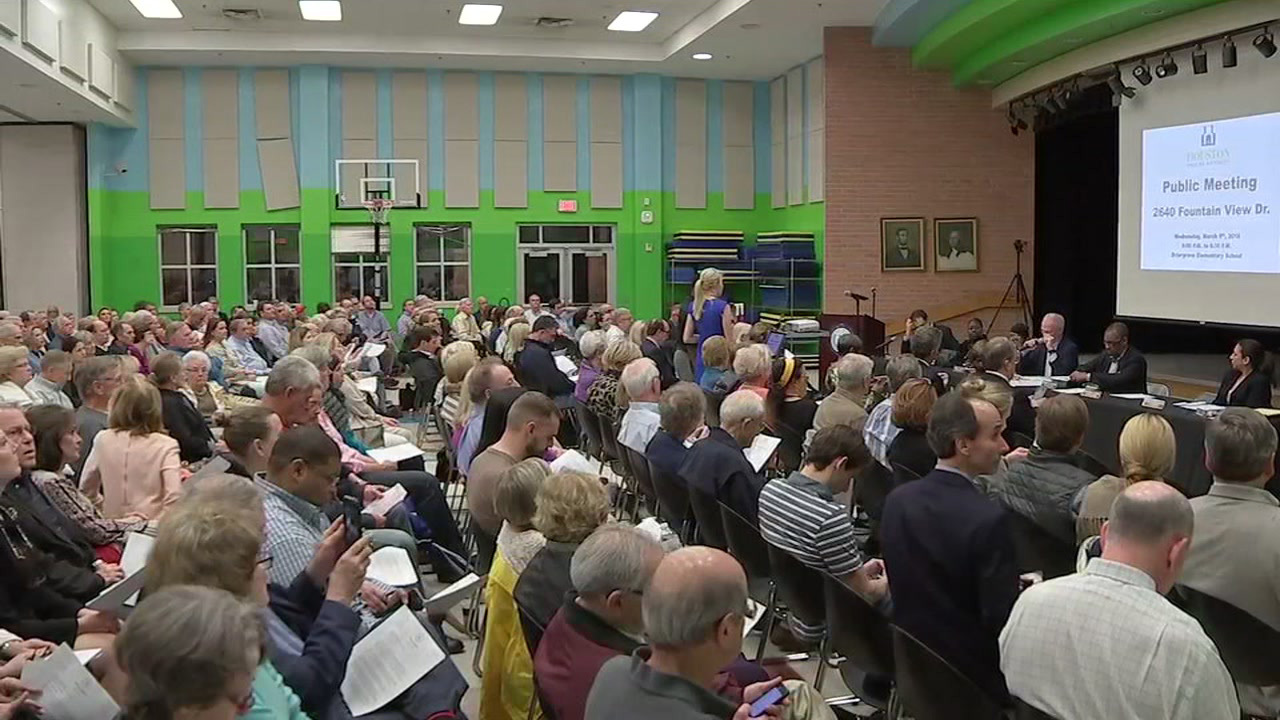 Public meeting over low-income complex in Briargrove draws crowd
People living near the Tanglewood area of west Houston are preparing to fight a low-income apartment complex planned for their area.

Gilliam explained federal law requires them to build in so-called "high opportunity areas." Those are places with access to transit, good schools, and jobs.

Tiffany Hogue, with the Texas Organizing Project, told ABC13 that if the city refuses to finish the project, it could be sued. She said the goal is to create a "pathway out of poverty" for those low-income citizens.

"Public housing in Houston is concentrated in low-income communities, particularly low-income communities of color. So think Sunnyside. Think Acres Homes. Think Fifth Ward," said Hogue. "When you continue to be sectioned or concentrated with very low income residents, the schools are failing, there's no access to good jobs and there's no way out of it. You have a situation of despair versus a situation of optimism, opportunity and the American dream, frankly."

John Luman is part of the neighborhood group STOP Fountainview Project. Luman said they aren't fighting the project to keep low-income residents out of Briargove. He explained nearby schools are already overcrowded. They also simply do not understand the project's multi-million dollar cost.

"Factually, that's what we have brought forward. This doesn't work. It doesn't work with the school. It doesn't work with the amount of money," said Luman. "$70 million for 233 units? We can do a lot more for the citizens of Houston with that kind of money."
Related topics:
real estatebriargroveaffordable housing
Copyright © 2020 KTRK-TV. All Rights Reserved.
More Videos
From CNN Newsource affiliates
TOP STORIES