KABC
VICTORVILLE, CA -- A man who police said attempted to kidnap a 4-year-old girl in Victorville faced a judge in court Wednesday afternoon.

Surveillance video captured the terrifying moment when authorities said 24-year-old Terry Ransom of Hesperia grabbed the young girl from inside a store.

Video showed the mother walking into the store with a baby in her arms and her 4-year-old daughter not far away.

In an instant, officials said Ransom reached through the open door of the store, grabbed the girl and pulled her outside.

"For it to actually have happened here in front of me and to see it, it's just terrifying," store owner Stella Moriel, who was standing behind the counter during the attempted kidnapping, said.

Authorities said the girl was able to escape the grip of Ransom and he attempted to ran away from the scene.

"As we got outside, he was already running around there, and he laid down, and when he laid down the rest of the people tackled him and held him until the police got here," eyewitness Craig Battles recalled. "He seemed a little tweakish, you know, like something was bothering him."
"I think he was just high, I don't think he really had intentions of snatching a kid, you know, he wasn't in the right frame of mind," eyewitness Eric Jones said.

Ransom's family was at his video arraignment Wednesday afternoon.

"He's a loving kid, he had five children of his own, he would have never did this if he wasn't under the influence of drugs," Merri Redd, Ransom's aunt said.

Ransom, who's known to his family as "Boots," had a plea of not guilty entered for him by a judge.

During his arraignment, Ransom told the judge he was in the hospital the day the attack happened.
"He was in the hospital previously, but that day he was so strung out he doesn't recall anything besides what happened before he used at that current time," Drew Kelley, Ransom's cousin said.

Kelley apologized to the victim's family on behalf of Ransom.

"That's not him at all, and if he was here in his right state of mind, he would apologize to you guys also, because Boots as we know him, my cousin, he would never ever do that, especially to a kid," Kelley said. 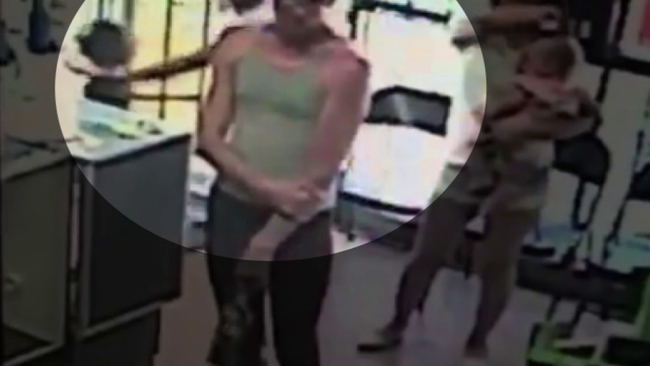