HPD looking for suspects who shot 14-year-old, then ran over him 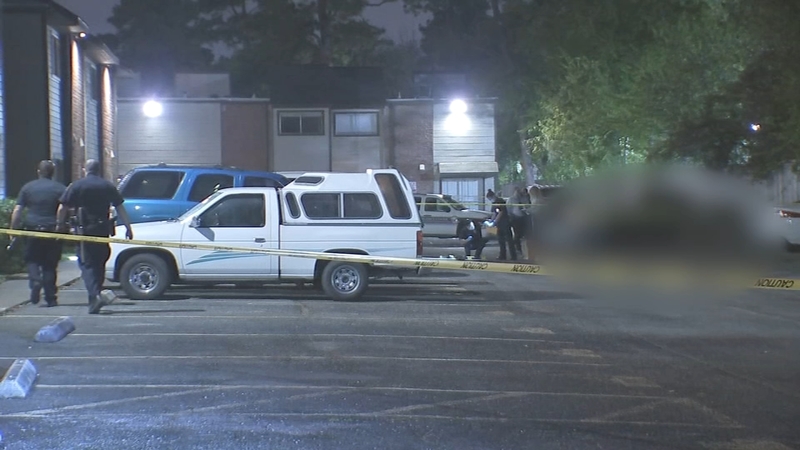 HOUSTON, Texas (KTRK) -- A 14-year-old boy died after he was shot and run over at an apartment complex late Tuesday night in northwest Houston, police say.

A call came in around 8 p.m. at the complex at W. Tidwell near W. Sunforest.

According to authorities, it was a chaotic scene, and officers had to call for backup to help secure it.

Police said they found a gun by the teen's body, but it's not clear if that was the exact weapon used in his death.

A witness who spoke to investigators said she was in her apartment watching through the window before the shooting happened.

She said a car pulled up, and she saw the victim talking to a man who was wearing dark clothes and a hoodie. She did not see his face.

According to investigators, the teen and the man were talking for a while when things became heated. The woman claims the man took a backpack from the victim, and shots were fired.

The teen was hit, and as the shooter was driving away, the teen was also run over. Police say one suspect ran away.

Officials believe multiple shots were fired as they found several shell casings at the scene.

Detectives are still working to determine whether being shot or run over killed the teen.