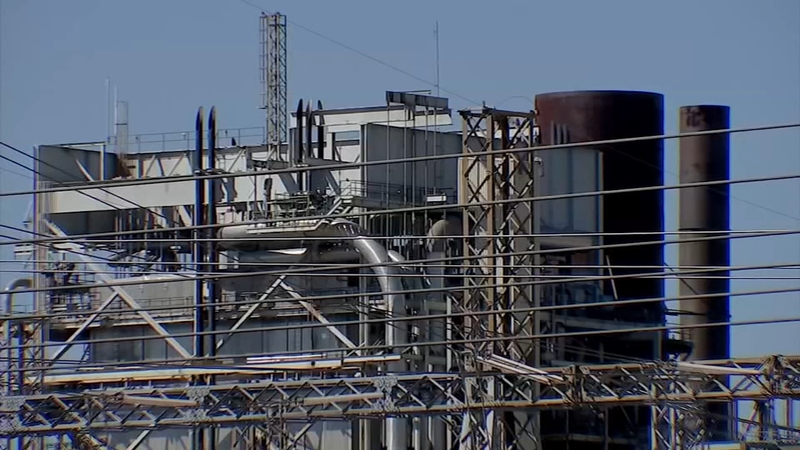 HOUSTON, Texas (KTRK) -- Marcy McDaniel lives less than a mile from an east Harris County power plant, but that proximity didn't spare her from being left in the dark as the state's power grid failed to keep up with demand for electricity last week.

More than five million Texans faced forced outages last week. McDaniel said she struggled to stay warm as the temperature inside her house dropped to what felt like 30 degrees.

"If they can't keep the power on across the street from a power plant, what hope do the rest of us have?," 13 Investigates' Ted Oberg asked her this week in the aftermath of widespread outages.

"If you can't have it right that close, no, I don't see it. There's no hope," McDaniel said.

Lawmakers will meet Thursday morning at the state Capitol to discuss what led up to the statewide blackout that resulted in dozens of weather-related deaths.

But the problem goes beyond the freezing pipes in power plants and winterization issues the state has known for decades.

13 Investigates looked into Texas' deregulated power system and found there may not be enough incentive for power plants to prepare their equipment for cold weather, leaving residents to suffer the consequences.

"I definitely hope that the power companies are more prepared and we don't have to go through something like that (again)," McDaniel said. "If we have to lose electricity maybe for just a little while, but nothing like this. People died."

Ed Hirs, an energy fellow at the University of Houston, has spent years sounding the alarm that a major blackout was on the horizon unless ERCOT, the state's nonprofit energy council, intervened.

"The fact of the matter is this model was put in place 20 years ago. It was clear that it was failing 10 years ago, clear that it's been failing ever since," Hirs said during an ABC13 town hall with lawmakers Tuesday night. "No one in Austin has had the political integrity to address the problem until a complete disaster has occurred."

In the video above, hear from one of the state's foremost experts on the power grid and four legislators from Houston who will investigate why millions of Texans were left in the dark.

A report from the State of Texas Public Utility Commission says electricity rates have declined 31% since 2002. But, a 2019 report from the Texas Coalition for Affordable Power suggests that although rates are getting better, Texans in the deregulated area paid more than those in regulated areas, and it's been that way for decades.

"Last week was an example of how the deregulated market can't be counted on for delivering reliable electricity," AARP Texas Spokesperson Tim Morstad said. "We've got some deep concern about whether the structure we have is the right one to make safe, affordable power for those Texans who count on it."

Morstad said higher energy prices when demand is high was meant to incentivize power plants to build more generators and power plants, but this past week proved that didn't happen.

He said, despite periods of high prices, there just haven't been enough new power plants built.

When it comes to the winterization of power plants, or even how many there are, Texas' current system can't require more plants to be built for growth or extreme weather events. Instead, companies have to decide to invest their own funds to build more power plants or prepare their equipment for cold snaps.

"It's not a good system. We've got to revisit that and see if we can do better. In other states, it's not so complicated. If the state's growing -- if they need more power -- the state and the regulators order that power to be built," Morstad said. "Here we wait too long. We wait for these huge events where the hurt is really on and then we hope that the response will be there, but for many, many years the response hasn't been there."

The deregulation of the electrical market led to skyrocketing bills for consumers who purchase electricity through wholesale providers, like Griddy, that charge them for their usage using market rates.

Lack of regulation and ability for Texans to choose their own electricity providers subjects consumers to "wild price fluctuations when we do have shortages," Morstad said.

In Texas, the cap is $9,000 per megawatt hour compared to the 2020 average price of about $21 per megawatt hour, according to ERCOT. This past week, as the wholesale prices soared, so did bills for those consumers that use companies like Griddy.

"It's a confusing mess. It shouldn't take a PhD or a law degree to sort through and to be a smart consumer to find the best value in the deregulated electric market, but it has taken that for years," Morstad said. "So many people find themselves on plans that aren't the best deal, that actually have fine print that can lead to what we've seen in the past week, $10,000 bills, because your rate was completely tied to the wholesale market, which shot through the roof."

Cathy Webking, with Texas Energy Association for Marketers, a nonprofit that represents retail electric providers in Texas, said she does not view last week's mass outages as "any kind of failure or deficiency in the retail electric market itself."

She said most Texas residents are on a fixed-price electricity plan, which means they won't see any price changes despite the spike in wholesale prices last week.

Instead she said, there might be a strain on retailers, who are the "first line of defense" and will receive higher invoices and need to recoup those costs.

"We have a giant financial burden from last week's market," Webking said. "We have tens of billions of dollars of financial transactions that are associated with last week when normally we would be in the mid-hundreds of millions or less. So the financial crush of that is tremendous."

Jeff Hopson, who lives a few blocks from an east Harris County power plant, was in Oklahoma for work when his wife called about the power going out. Despite the power outage, and decreased electricity usage last week, Hopson said he's already seen his bill increase.

There were warning signs that could have lessened the impact of the outages. In February 2011, ERCOT cut power to at least a million Texas homes during a cold snap that strained the system and caused similar, though less widespread outages.

A federal report shows there were "potential vulnerabilities" and that power plants should winterize their equipment to withstand not just the average Texas winter, but also "unusually severe events."

But, that didn't happen.

As a result, there were 10 times the amount of power outages this month, according to information presented during an ERCOT board meeting Wednesday. On the night of Feb. 14, ERCOT said grid operators were four minutes and 37 seconds away from a large-scale grid "trip," which would have led to automatic shutdowns of certain circuits.

Although ERCOT has said it made the right decision, some residents say there needs to be change.

"You've got to do better and you do it now. That's how I feel. ...We can suffer hardships, but not when people die," McDaniel said. "I'm angry that people had to die."

At 9 a.m. Thursday, Texas Senate Committee on Business & Commerce will discuss the power outages, along with "generator preparedness and performance, utility outage practices, natural gas supply, and the reliability of renewable generation, as well as overall ERCOT system resilience."

Also at 9 a.m. Thursday, members of the Texas House committees State Affairs and Energy Resources will hold a joint public hearing "to consider the factors that led to statewide electrical blackouts during the recent unprecedented weather event; the response by industry, suppliers, and grid operators; and changes necessary to avoid future power interruptions."

Have a tip for Ted Oberg? A problem to solve? Get in touch with us on our tip page, or send a tip below. (On mobile? You can open our form by tapping here.)
Related topics:
houstontexaswinter stormtexas newspower outagetexaswinterweatherwinter weather
Copyright © 2021 KTRK-TV. All Rights Reserved.
WINTER STORM