Sleeping 12-year-old hit by stray bullet when 80-100 shots fired at nearby club in NW Harris Co.

"This should not happen and we're pissed about it," said Harris County Sheriff Ed Gonzalez.
KTRK
By Jessica Willey, Roxie Bustamante and Brhe Berry 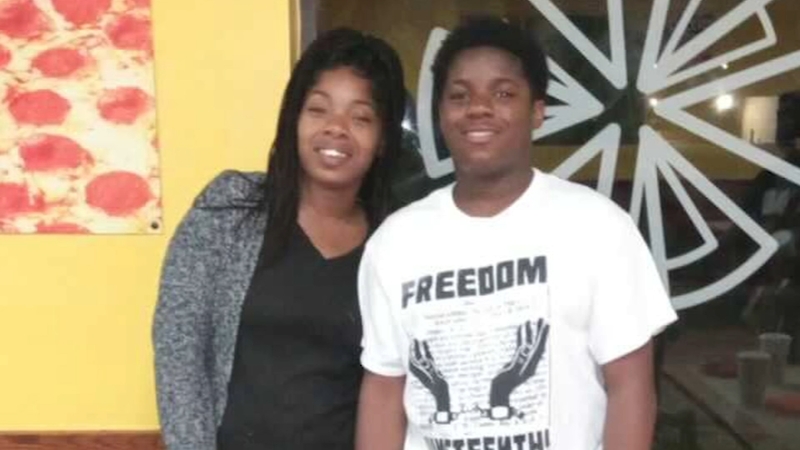 HARRIS COUNTY, Texas (KTRK) -- A 12-year-old boy is recovering from serious wounds after he was hit by a stray bullet from a shootout that happened at a club across the street in northwest Harris County, Sheriff Ed Gonzalez said.

The victim's mother told ABC13 that her son, Corderro Stevenson, underwent surgery Thursday evening and he is recovering well.

Shovanna Clark said a barrage of bullets came flying into their apartment when they were sleeping early Thursday morning.

Officials said between 80 to 100 shots were fired outside a club in the 7300 block of Alabonson around 2:30 a.m. Directly across the street are the Inwood Grove apartments.

Corderro, a 6th grader, was asleep on the couch in the living room of the family's first floor apartment. His 8-year-old brother was next to him. Their mother was in the bedroom when everyone was shaken awake.

"There was nowhere for us to run. It was coming straight through everywhere," Clark said in an exclusive interview. "He said, 'Mom, I can't move.' So I had to move the covers and I realized my son was shot."

Clark said nothing vital was hit and doctors did not remove the bullet in order to prevent further possible damage.

"Last week, the shooting death of a teen over the shoes he wore. Today, the shooting of a teen as he slept in his apartment. This should not happen and we're pissed about it," Sheriff Gonzalez said on Twitter. "We're going to do everything we can to get those responsible for it."
Investigators recovered pistols and an assault rifle. A neighbor's surveillance camera captured the frightening sound of multiple rounds of gunfire as well as possible suspects.

As many as five people may have been involved.

"There are suspect(s) on the run, armed with assault rifles, that shot a teen. They pose a serious threat to public safety. Help us identify them and bring them to justice," Gonzalez said.