12-year-old arrested and charged in murder of woman 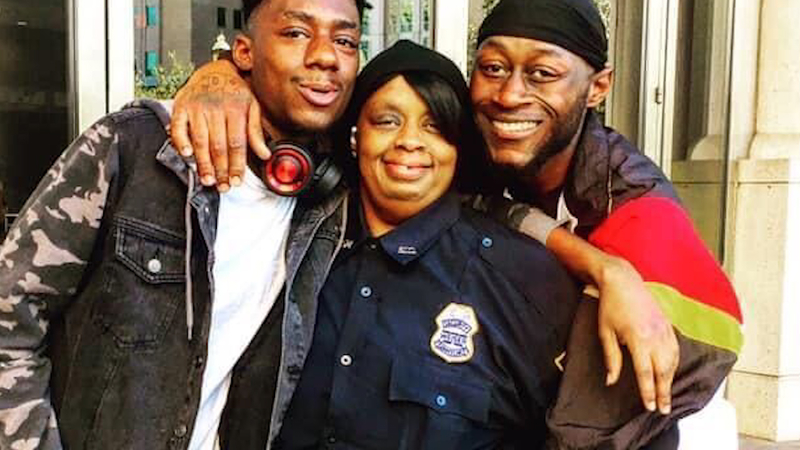 12-year-old arrested and charged in murder of woman

HOUSTON, Texas (KTRK) -- A 12-year-old boy has been arrested and charged with murder in the shooting of a 50-year-old woman in the Greenspoint area.

The deadly shooting happened Saturday, July 25 around 4:40 p.m. at an apartment complex at 1000 Greens Road.

Detectives say that officers found the woman, who had been shot several times, lying on the bedroom floor. She was pronounced dead by HFD paramedics.

The medical examiner identified the victim as Sharon D. Hawkins. Her death was ruled a homicide.

Sharon was a mother of three and a grandmother to one. Her sons told us she never missed a day of work as a security guard, and always provided for them. They try to focus on the good.

"I remember times when we were in the kitchen cooking -- Thanksgiving, Christmas, New Years," recalled her son, Andre Hawkins. "She was the best mother."

"I just feel she's in a better place," said Javoris Hawkins, another of Sharon's sons. "There's no more suffering for her. I really just miss her a lot."

According to officials, there were no signs of forced entry.

A witness reported seeing a suspect dressed in all black clothing leaving the scene. However, authorities said the information they discovered during the investigation conflicted with witness statements.

The 12-year-old, who was initially believed to be a witness, was identified as the suspect and taken into custody without incident.

In addition to murder, the boy is also charged with aggravated assault with a deadly weapon. Due to the boy's age, his name has not been released.

Sharon's sons are struggling to make sense of their unimaginable loss.

"Whenever I needed some advice, she was always there. She never gave me bad advice," Andre said.

"It's really crazy how she's just gone," Javoris said. "You only get one of those. That's it."

They want justice. But juvenile justice is different and they don't have any information about what happened inside the apartment late Saturday afternoon.

Sharon's family has set up a GoFundMe for her funeral expenses.