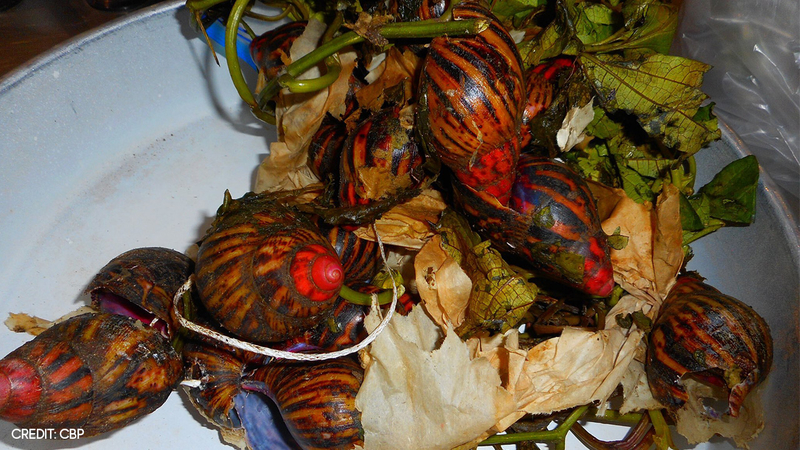 According to the U.S. Customs and Border Protection, 15 snails were found in plastic bags inside a woman's luggage earlier this month.

Customs officials said she was traveling from Nigeria and initially only declared dried beef, but later said she had live snails. Officials found three plastic bags containing the live snails with fresh leaves and about a quarter of a pound of beef.

The snails were turned over to the U.S. Department of Agriculture, who identified the snails as giant land snails, also known as banana rasp snails.

They said the snails are native to west Africa and can affect fruit crops and plants. 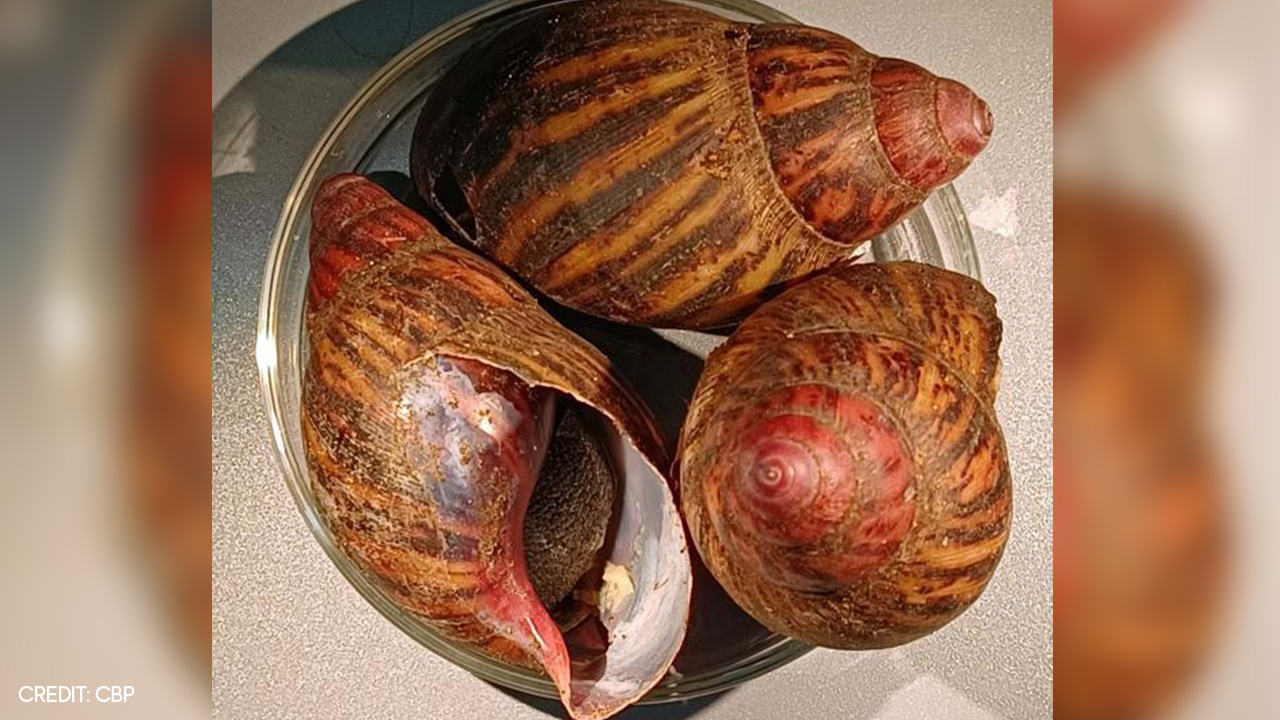 "Our agriculture specialists remain vigilant in protecting the U.S. from foreign animal and plant disease that could threaten U.S. crop production and livestock industry or be transmitted to humans," said Houston CBP Port Director Shawn Polley.

All snails were turned over to USDA.