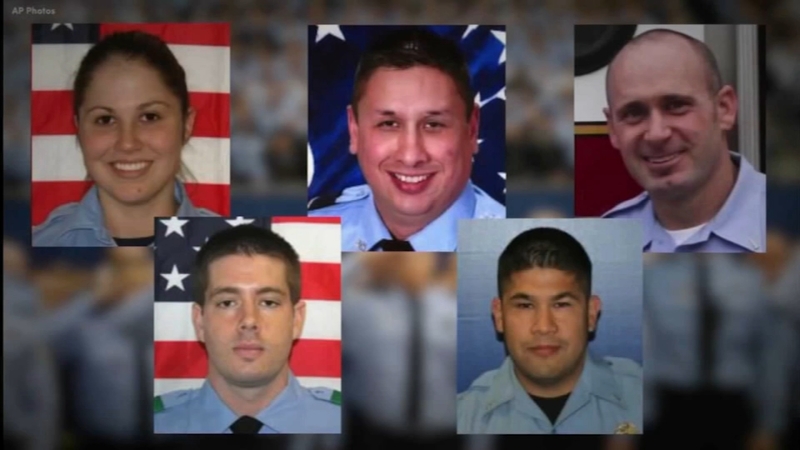 The Southwest Inn fire and building collapse eventually claimed the lives of five firefighters, and it was the single deadliest day for the Houston Fire Department.

Their fellow firefighters gather at the site each year to make sure the fallen lost that day in 2013 aren't forgotten. The anniversary this year happened to fall on Memorial Day.

In March 2017, Captain Bill Dowling, who lost both of his legs in the fire, died of complications from the injuries sustained in the line of duty.

Seamans was in charge of the crews that day.

"I don't know how else to say it other than they're closer than family," he said.

There have been changes for the department in the past eight years as a result of the fire. Radio communication was nearly impossible on the day of the fire because too many radios were being used. Now, radio traffic is limited, and when a commander sees a building is about to collapse.

The motel was also being remodeled, so the crews basically had no idea of the layout that day. Since then, the department has made plans available online to responding fire crews.

These changes are designed to help keep the past from repeating, even as these folks come to the scene specifically to remember exactly what was lost.

"We come here to lean on each other a little bit and think about that day and try to make something out of it," Seamans said.