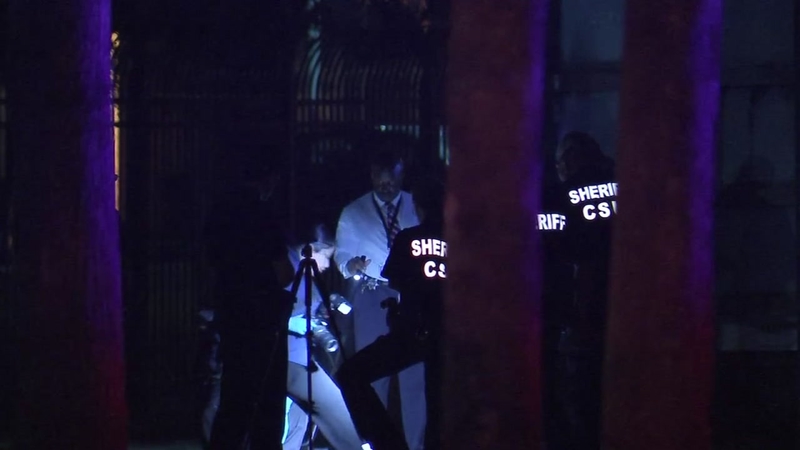 HOUSTON, TX (KTRK) -- One person is dead and another is injured after they allegedly attempted to rob a man carrying a concealed handgun early this morning.

The suspects approached the man with a gun as he was walking on the 600 block Cypress Station Drive around 1am.

That's when deputies say the man surprised the would-be robbers by pulling his own handgun. He fired the gun at both suspects, killing one of them.

"The shots sounded like they were fired by somebody who knew what they were doing; very distinct and deliberate," said Marcel Smith, who lives just feet away from where the shooting took place. He added, "From my balcony, I could hear the deputies and the robbery victim talking about it all."

The second robbery suspect was found injured a short time later. He was transported to the hospital.

So far no arrests have been made, and the Harris County Sheriffs Office has not said whether or not the shooting is justified.