Film students cause 101 Freeway shut down with fake guns 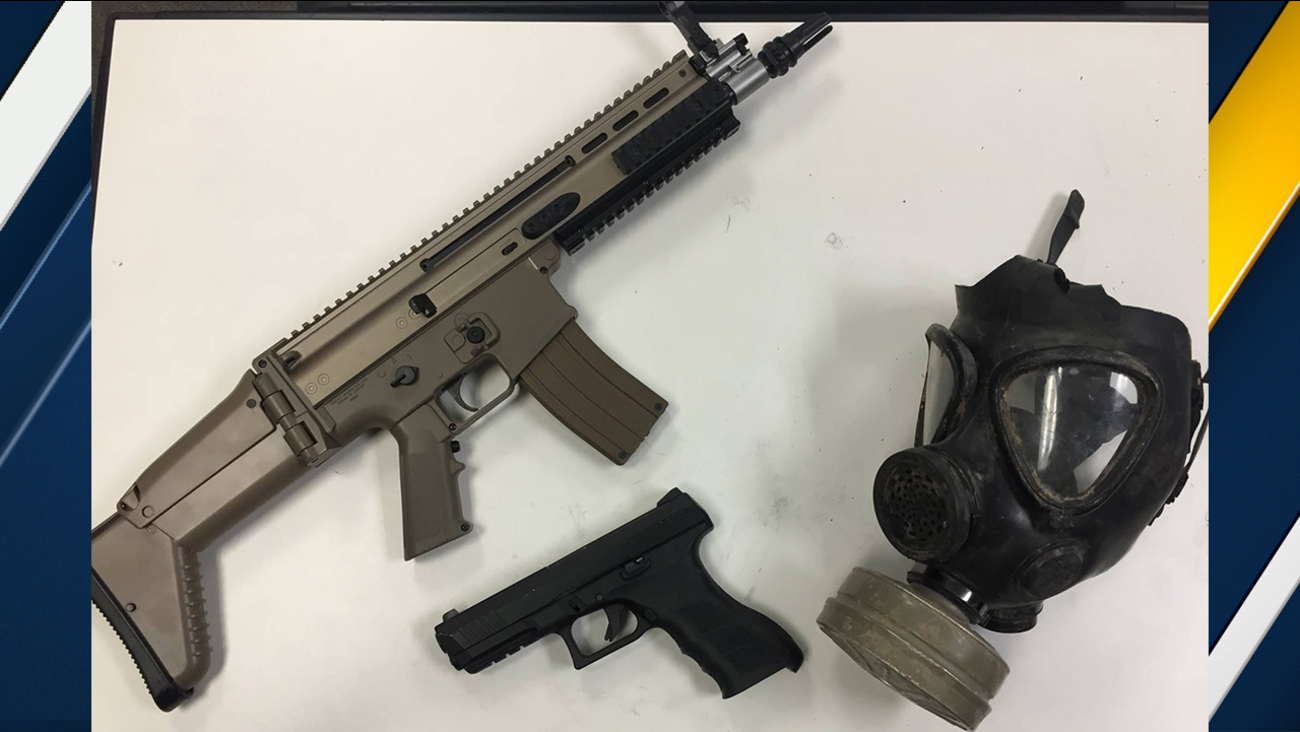 AGOURA HILLS, CA -- Students filming for a school project were arrested after officials said they caused panic when they were seen walking near the 101 Freeway with fake guns on Sunday.

The Los Angeles County Sheriff's Department said deputies and the California Highway Patrol were dispatched to the Cheseboro Road overpass on the 101 Freeway at about 5 p.m.

Authorities said at least 10 drivers called 911 to report men with firearms standing over the freeway.

Officers responded and said they found two men standing on the bridge, one dressed in military-style fatigues and appeared to be carrying an assault-type rifle.

The 101 Freeway was temporarily shut down to protect the public as officers attempted to make contact with the men.

The men were instructed through a PA system on a helicopter to walk with their hands up to officers waiting nearby.

Deputies said the men were found in possession of a replica assault rifle, replica handgun, military uniforms, cameras and a gas mask.

Both men cooperated with officials and stated they were filming for a school project, according to the sheriff's department.

"While the intentions of these two individuals might have been harmless," stated Captain Patrick S. Davoren of the Lost Hills Sheriff's Station, "the fact that anyone would appear in a public place displaying a replica firearm is troubling. These two men put themselves and our community at risk. This does reflect the fast actions of our community in notifying law enforcement and reminds everyone that if they see something, they should say something."