Yuli Gurriel's journey from Cuba to the World Series 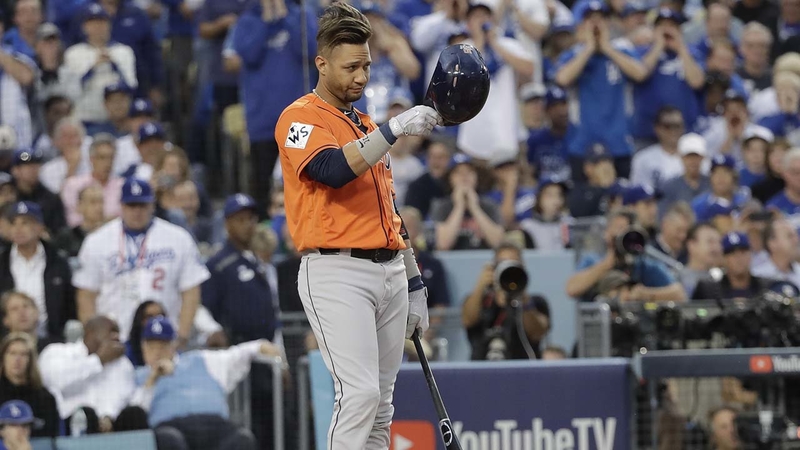 Yuli Gurriel's journey from Cuba to the World Series

HOUSTON, Texas (KTRK) -- In a season of improbabilities, one Astros star took a non-traditional path to the World Series.

Astros first baseman Yuli Gurriel, often recognized for his spiky mop of hair, will take the field in Los Angeles on Tuesday at the top of his game. It's the pinnacle of a journey that began in Cuba and wouldn't have happened without leaving it all behind.

Yulieski Gurriel, 33, was born into a baseball family in Cuba. He was a standout there on the diamond - where baseball is the most-played sport. He played for the primary Cuban league and the national team that won the 2004 Olympic gold medal. Last year, he and his brother, also a baseball player, defected.

Astro Yuli Gurriel is known for his explosive swing and an explosive hairdo.

"It was a really hard decision. You have to leave your family in Cuba. You don't know when you're going to come back and see them again," Gurriel told Eyewitness News.

The brothers defected after playing in a tournament in the Dominican Republic. Fame goes only so far in Cuba, according to Mabel Cuesta, an associate professor of Cuban Studies at the University of Houston who also defected.

"Being a great star in Cuba, basically having a lot of recognition, you are loved by your people. You are on TV and everybody adores you but that is not equal when it comes to your salary," explained Cuesta.