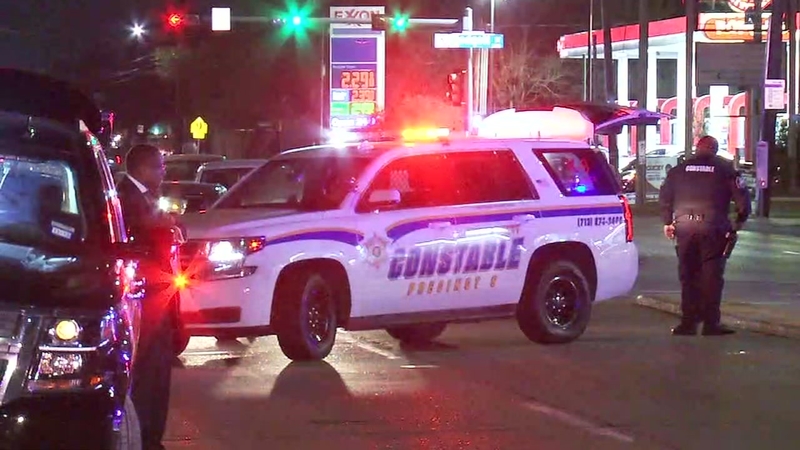 Boy and girl shot in drive-by shooting outside nail salon

HOUSTON, Texas (KTRK) -- An 8-year-old is in critical condition after being shot in the head by an unknown shooter in southeast Houston.

Police say in the brief moment a mother went into a nail salon to check on wait times, two of her children became the victims of a drive-by shooting.

At around 6:30 p.m., Houston police said a boy and girl were shot off Scott Street near Wheeler Avenue.

The boy's 5-year-old sister was taken to the hospital with a gunshot wound to the leg.

An 11-year-old child who was also inside the vehicle was not injured.

While police have no leads on the suspect or suspects, HPD Executive Assistant Police Chief Troy R. Finner said they will find who is responsible.

"Those who don't want to listen and just think we're going to stand by and let our streets become bloodbaths, they've got another thing coming," Finner said. "Because the majority of the people in this city are good people."

Shootings, prostitution and other illegal activities in one Houston neighborhood has a city councilman looking for answers.

A car with multiple bullet holes can be seen just outside the nail salon's front door.

Finner said while the investigation continues, the sheer number of shots fired at this one vehicle suggests the victims were "probably targeted."

Police could not say immediately how many shots were fired.

Investigators said this shooting occurred just a few blocks from another shooting that happened this afternoon.

Houston police are investigating after two children were shot on Scott Street.

A vehicle riddled with bullet holes can be seen outside the nail salon where the two children were shot.