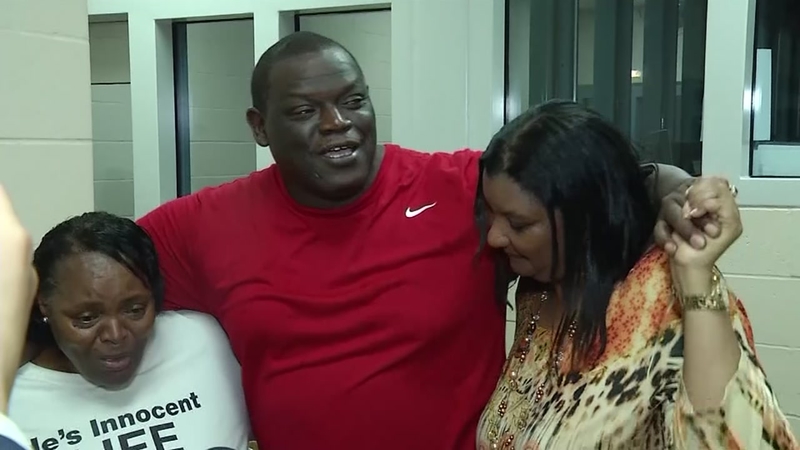 JEFFERSON CITY, Missouri -- A Missouri man is free after spending nearly two decades behind bars for a murder he did not commit.

David Robinson's first taste of freedom came Monday night when he walked out of the Jefferson City Correctional Center.

A jury convicted Robinson in the 2000 shooting death of Sheila Box in southeast Missouri.

He remained behind bars even though another man confessed to the crime in 2004, according to one news report.

However, Robinson remained in prison.