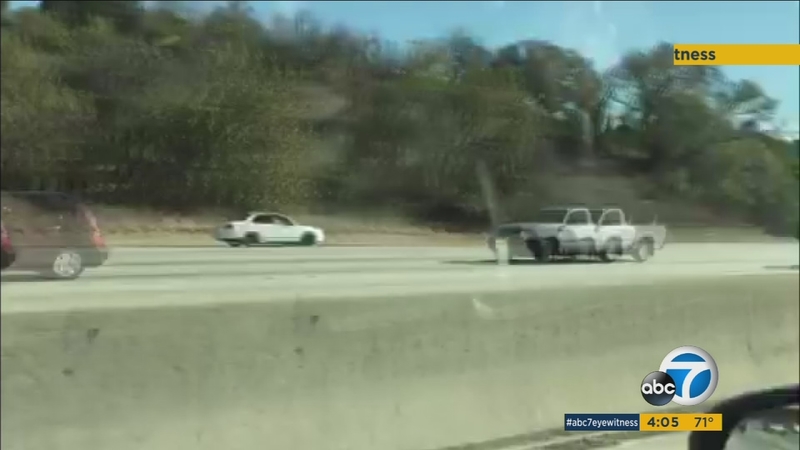 DIAMOND BAR, CA -- It was a short but wild pursuit on the 57 Freeway as armed robbery suspects drove against traffic, the Los Angeles County Sheriff's Department said.

Deputies said the chase began in San Dimas and ended in Diamond Bar when the suspects crashed at the Pathfinder Road exit.

Two suspects suffered injuries in the crash, but officials said they were not serious. They were both taken into custody.