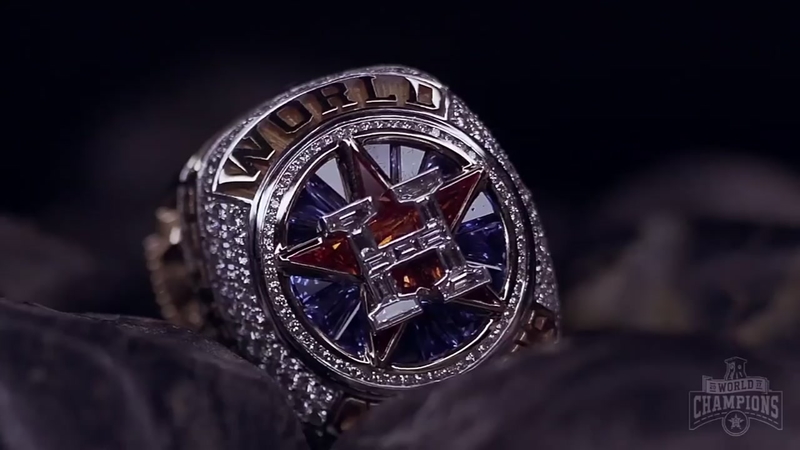 Astros' limited fan ring sells out in a matter of days

HOUSTON, Texas -- If you missed out on getting your specially-crafted World Championship Fan Ring, don't be discouraged, because there's another ring to come.

According to a press release from the Astros, it only took seven days for all 111 of the 112 of the Limited Edition Astros World Championship Fan Rings to sell out.

The last ring is being raffled off to benefit the Astros Foundation.

Since the limited rings were quick to sell out, the Astros and Jostens have now made an exclusive Elite Fan Ring.

Unlike the limited edition ring, which was crafted to closely replicate the Astros players' ring and sold at a whopping $11,112, the Elite Ring will not set fans back quite as much.

The Elite Ring is priced at $4,899 and will be available in 10K white or yellow gold.