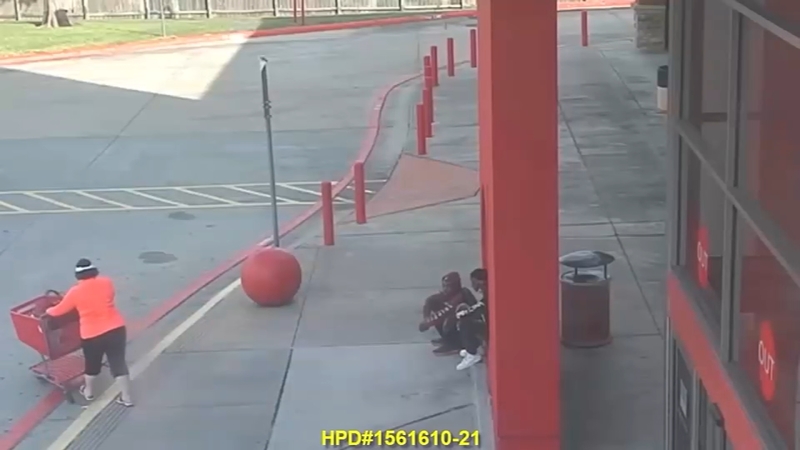 HOUSTON, Texas (KTRK) -- An afternoon trip to Target off Westheimer and Fondren turned into a traumatic and scary experience for a Houston woman.

"There were two young men to my right," Kim Williams Mathes said. "They were less than 5 feet from the front door. I thought this wasn't right."

Security camera footage released by Houston police reveals two suspects sitting outside the entrance of the store and appear to be observing shoppers come and go on Nov. 20th.

"I walked outside and I had a bad feeling," Mathes said. "I felt like someone was watching me."

As Mathes was leaving the store and walking through the parking lot, one of the men can be seen in the video watching her and sneaking up from behind to grab her purse before running off and jumping over a nearby fence.

Mathes says she typically locks her purse to the shopping cart using the child restraint, but did not do that this time.

Inside her purse was $100, credit cards, car keys, a ring and her driver's license. The thieves did not try to use her cards, she says.

Houston police are still looking for the suspects and urge shoppers to be aware of their surroundings and to not shop alone.

Mathes has a message to the men who robbed her:

"I go to work every day. You can go to work everyday," she states. "Number two, there are plenty of community resources here in Houston. You can find some resources, you don't have to traumatize or rob someone just to get something."