Cats killed with bow and arrow 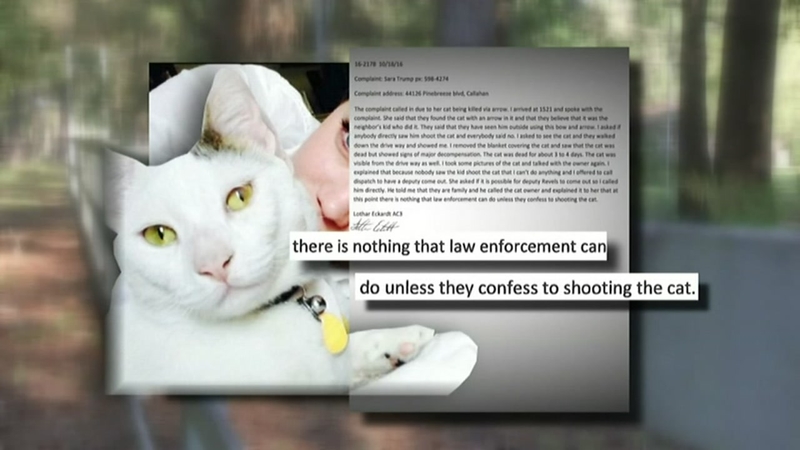 Jacksonville, FL -- A pet cat was killed by an arrow in Florida this week, and it's not the first time that it's happened to this family.

"That was my baby," said Sarah Trump to WFOX.

The Nassau County woman wants to find the person who killed her cat.

"Just the fact that nothing is going to get done. It's just infuriating. Because it's not just an animal," Trump said. 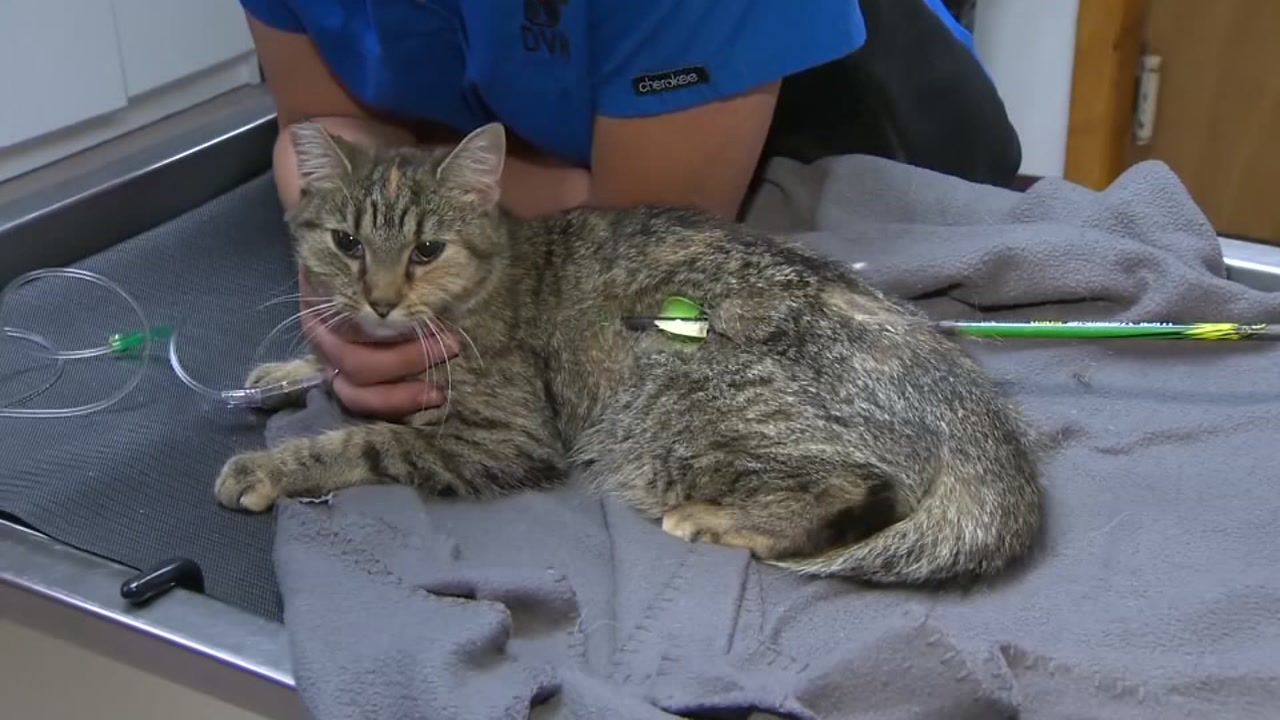 Cat Arrowed
A lucky feral cat found her way to a woman's porch after being shot with an arrow.
Trump said it was the third family cat that was killed.

Officials with Animal Control and the Nassau County Sheriff's Office said there isn't anything they can do.

Trump found her cat, Silas, Tuesday near her driveway with an arrow sticking out of him.