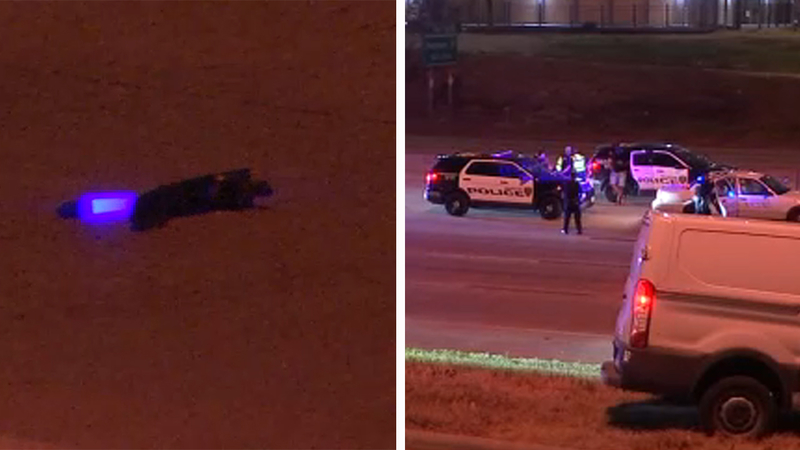 HOUSTON, Texas (KTRK) -- A woman died Thursday morning after she was run over by the car she'd been riding in on the Katy Freeway.

It happened near I-10 and TC Jester just before 2 a.m.

Fatality Crash: 5800 Katy Fwy westbound at TC Jester is shut down due to a fatality crash investigation. #houtraffic CC9

Houston police said the incident began as a fight inside the car between the woman and a male driver.

Things got so heated that the man, who was driving, pulled over on the freeway, and the woman got out of the car, according to police.

As the man started to drive away, police say the woman grabbed the car door handle while the car was moving.

Investigators believe she fell before she was run over by the car.

A door handle investigators believe was ripped from the car was found at the scene.

BACK OPEN: WB lanes of Katy freeway are back open at TC Jester after a woman was killed while clinging to the door handle of the car she was in. Awful story. I’ll have a full report at 6am on @abc13houston 📺

According to HPD, the man drove a short distance farther before turning around when he realized he hit the woman.

He came back to the scene, and investigators are looking into whether or not he was intoxicated at the time of the incident.

"He could face intoxication manslaughter. He could face a murder charge," HPD Commander Kevin Deese said. "On the low end, a failure to stop and render aid charge could be on the table."

Police say other drivers on I-10 pulled over to try and help the woman, but sadly it was too late.