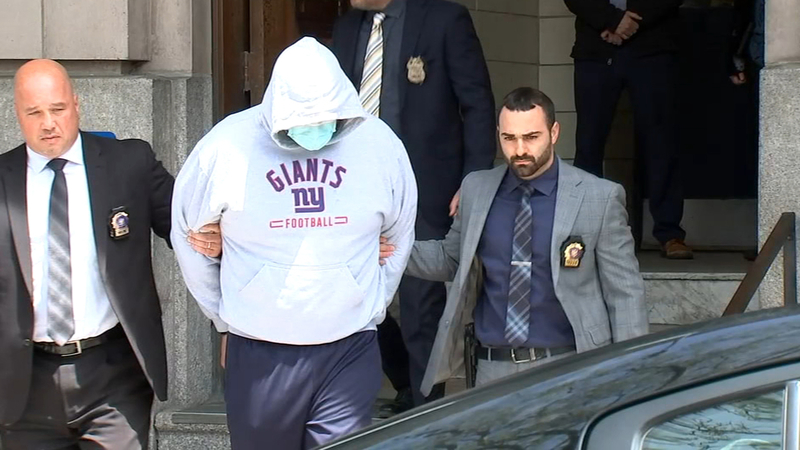 OZONE PARK, Queens -- A man charged in the fatal shooting of a woman in New York reportedly confessed to detectives, also saying the victim -- a psychic who does tarot card readings in her home -- was a "witch" who had cursed him to his death.

Torres, whose son is an NYPD officer, was pronounced dead at the scene.

Police officials said Canzani told investigators that Torres had tried to kill him with her curses.

"They tried to kill me," he reportedly said. "I am supposed to be dead already."

In surveillance video obtained by Eyewitness News, school children can be seen running as the crack of gunfire echoed.

Seconds later, a man matching Canzani who appeared to be holding a silver gun in his right hand, was captured casually walking from the home before getting into the driver's seat of a black Chevy Traverse.

About an hour after the shooting, the suspect drove to the 106th Precinct, where he got out of his vehicle and placed a loaded firearm on the sidewalk. Two officers then took him into custody.

Police said Torres' son is an NYPD officer, but they don't believe his affiliation with the department was tied to the shooting.

Husband David Aguilar said his slain wife may not have known the man who fatally shot her, "but time will tell."

"In the precinct, the cops have a way of interrogating somebody," Aguilar said. "They should be able to get it out of them."

His bedridden mother-in-law and daughter-in-law were at home at the time of the fatal shooting.

Canzani has no prior arrests, and there are no other strong motives for the murder.

Her husband of 25 years said he had no idea why someone would target his wife.

"My son is the same way," he said. "He's good with everyone. He's fair. She was the sweetest person in the world. I'm lost without her."

Canzani was charged with second-degree murder and criminal possession of a firearm.

"I don't even want to say on the news what I want," Aguilar said. "They should let him go and I'll take care of him."