Woman dies after being shot outside a supermarket in NW Houston 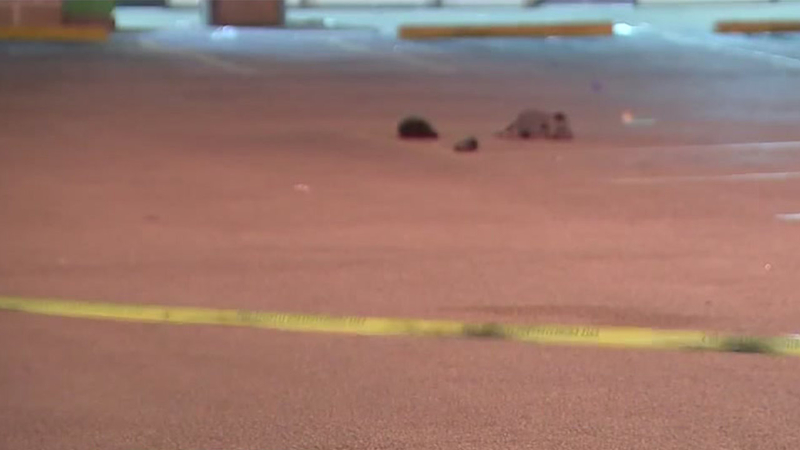 HOUSTON (KTRK) -- Authorities say a woman was gunned down outside a supermarket in northwest Houston.

It happened just after 7pm in the Michoacana Supermarket parking lot on Mangum and 34th Street.

Police believe it stemmed from a fight with someone she knew. The victim, a woman, was rushed to Ben Taub Hospital where she was pronounced dead.

The victim was shot in the parking lot and the two witnesses told police they saw the woman walking with a man just before those gunshots. Those inside the grocery store heard three but at the time they weren't exactly sure what they were hearing.

"I was checking out people and just out of nowhere we heard three booms, like three gunshots. We thought it was fireworks. That is what they were saying inside and then we checked outside and we thought it was our manager because we kept calling him through the radio and he wasn't answering. So we checked and saw that it was the lady," said store cashier Yadira Pliego.

Police say the woman is a black woman in her 20-30s. She hasn't been identified. They found the suspect's vehicle at a nearby park.