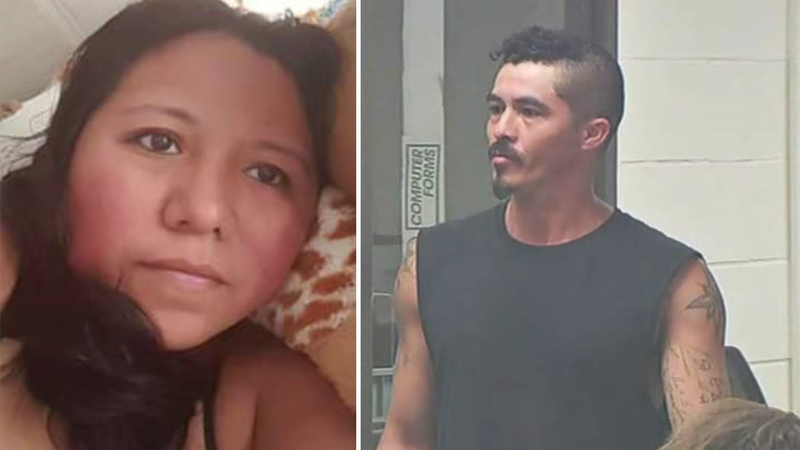 HOUSTON, Texas (KTRK) -- A man has been arrested and charged with murder a week after a mother of three was found dead inside a truck in southeast Houston.

Luis Moron Romero, 36, is also charged with tampering with evidence. Investigators say he admitted his involvement in the death of 38-year-old Maria Marquez Santiago.

According to evidence read in court, Santiago was having an affair with Romero and went to his apartment to end the relationship.

Investigators say Santiago refused to have sex with Romero and he got angry and struck her six times in the head with a hammer.

Authorities said her vehicle was parked just off the side of the road in a grassy area near some bushes.

Police tracked her cell phone to an apartment complex where surveillance video showed her entering the suspect's apartment.

Police say a few hours later Romero was seen leaving the apartment with her body in a roll of carpet.

Surveillance video captured Romero dumping her truck and getting out of the vehicle. Santiago's body was wrapped in carpet in the passenger side.

Her family owns a granite business. The day her body was discovered, Santiago was working at a home under construction in Pearland.

She talked to her daughter shortly before noon.

"In the morning, I was going to go to work with her," said oldest daughter Kassandra Santiago. "But something came up and I couldn't go. My last phone call with her, she said, 'Take care of yourself and I'll see you this afternoon.'"

When Santiago didn't call back after lunchtime, family and friends began to worry.

"There was a brief (phone) pickup around 2:05 and it was just clatter, and the phone hung up on its own," said Wesley Hernandez, a close family friend who promptly jumped into his car and went searching.

When Hernandez couldn't find Santiago in Pearland, he filed a missing persons report and tracked her cellphone to an apartment complex near the location where her vehicle was found.