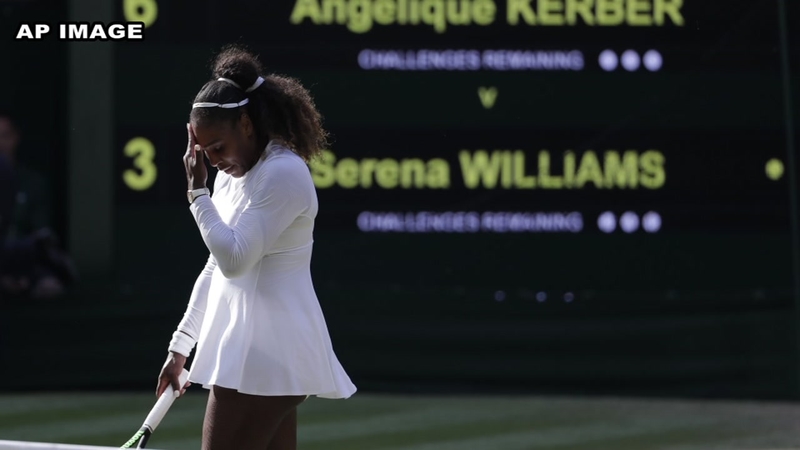 This was Williams' 10th final at the All England Club, according to Wimbledon.

She was attempting to win a record-tying 24 Grand Slam titles.

In an emotional post-match interview Williams said, "To all the moms out there. I was playing for you today, and I tried."

She went on to say she couldn't be disappointed because of how far she had gotten.

Kerber and Williams faced-off in the 2016 finals, where Williams was victorious.

In an interview, Kerber called Williams and inspiration and said she will have her next Grand Slam title soon.

Williams was ranked 25th in this year's tournament after giving birth to a baby daughter in September. The All England Club amended the rules and seeded her, instead of following the ranking list that doesn't take into account players' taking a break for maternity leave. She was ranked No. 1 when she took her maternity leave and was ranked 183rd in the world after returning to the tour in March.