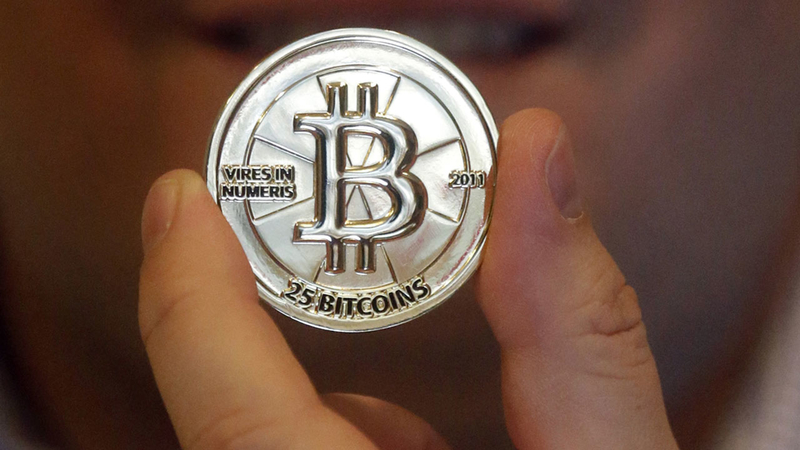 The news about bitcoin's 10-fold jump in value this year has a lot of people asking: what is bitcoin?

Bitcoin is an online currency that allows people to make one-to-one transactions, buy goods and services and exchange money across borders without involving banks, credit card issuers or other third parties.

Here are five things every investor needs to know:


Today's news is fueling a debate as to whether the virtual currency is gaining mainstream acceptance or is merely a bubble waiting to burst.

But as soon as bitcoin went through $10,000, it surged past $11,000, only to plummet from those lofty levels. The cost of buying one bitcoin as measured by the website Coindesk was hovering around $9,800, and was as low as $9,300 on Wednesday afternoon. A price of one bitcoin had been roughly $1,000 at the beginning of the year.

The vertiginous rise in the price of bitcoin and other virtual currencies this year has divided the financial community on their merits and whether - or when - the value might come crashing back down.

The CEO of JPMorgan Chase has called bitcoin a "fraud," as it is not based on anything other than software code and is not backed by any monetary authority.

Other executives, including International Monetary Fund chief Christine Lagarde, say virtual currencies should not be dismissed and could have useful applications, such as a means of payment in countries with unstable currencies.

Some countries, like China, have tried to stifle bitcoin exchanges. But in a move that gave further credibility to the virtual currency, the U.S. exchange operator CME Group said last month that it plans to open a futures market for the currency before the end of the year, if it can get approval from regulators.

Bitcoin was created about a decade ago as an alternative to government-issued currencies. Transactions allow anonymity, which has made it popular with people who want to keep their financial activity, and their identities, private.

The digital coins are created by so-called "miners," who operate computer farms that verify other users' transactions by solving complex mathematical puzzles. These miners receive bitcoin in exchange. Bitcoin can be converted to cash when deposited into accounts at prices set in online trading.

Whereas virtual currencies were initially used primarily as a method of payment, in recent months they have become a hot investment among speculators.

Daniele Bianchi, an assistant professor of finance at the Warwick Business School in England, says that the price increases are due to rising demand but also to the fact that the supply of bitcoins is kept fixed. There are currently only 21 million that can be mined in total.

Bianchi also noted that trading in bitcoin is becoming more professional and open to the general public. He believes virtual currencies are "here to stay" and expects the price to rise higher still.

"The increasing demand pressure from investors and speculators makes the case for an even further increase in bitcoin prices in the near future," he said.

Others are far more skeptical.

Neil Wilson, a senior market analyst at ETX Capital in London, says bitcoin is "following the playbook for a speculative bubble to the letter."

A new market enjoys a boom when professional investors start entering the market. That's followed by euphoria as others rush in to partake in the gains. Wilson says bitcoin could rise a lot further, but says it is merely a question of when, not if, the bubble bursts.

"This sort of thing never, ever lasts," he said.