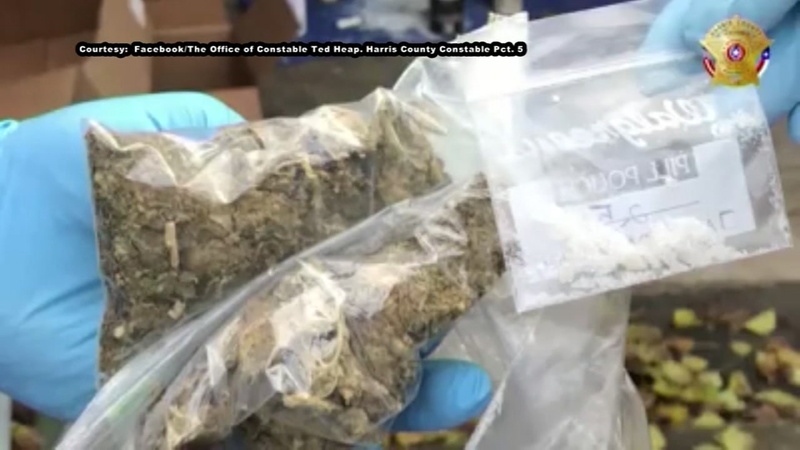 HOUSTON, Texas (KTRK) -- Authorities are still looking for the man who they believe was operating a meth lab inside a west Harris County home.

Officials served a search warrant at the property in the 22000 block of Goldstone in the West Memorial Subdivision on Tuesday. Inside, they found what they describe as deplorable condition of filth, stench, rat droppings, methamphetamine and pot.

"I would say no less than deplorable. Something that people shouldn't be living in, especially a four year old," said Precinct 5 Harris County Constable Ted Heap.

Authorities say they discovered a 4-year-old boy was inside the house. The boy told investigators he had been forced to sleep in a closet with meth, drug paraphernalia, sex toys and pornography a short reach away.

"It's very concerning. Who would put their child in that kind of living condition?" said one neighbor, who only spoke on condition of anonymity.

He said many living nearby have long been suspicious of all the traffic in and out of the home.

"The man is cooking up meth in a neighborhood where local children live and play and this is not to be tolerated here in Katy, Texas," he said.

Investigators say the meth was being cooked in a bathroom, then sold outside on a makeshift porch in an area behind a large shrub -- protected from the view of neighbors by a camouflage tarp.

The boy's mother has been identified by Precinct 5 as April Burrier. She was arrested on an outstanding drug charge and now faces the possibility of an additional charge of endangering a child for allegedly leaving her son in the house.

Detectives are still looking for the man who they believe was making and selling the meth at the home.

The boy has been placed, at least temporarily, in a foster home by Child Protective Services.