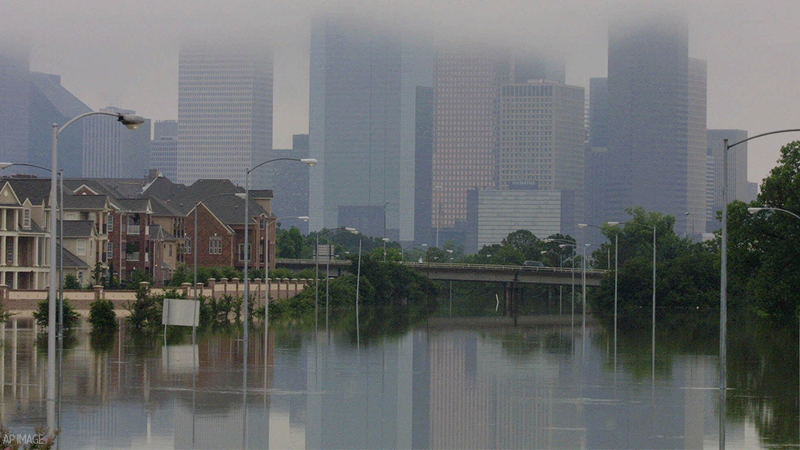 HOUSTON, Texas (KTRK) -- It's been 20 years since Tropical Storm Allison roared into Houston, showing us that storms don't have to have hurricane strength to cause massive amounts of damage.

Tropical Storm Allison caught the city by surprise, dropping more than three feet of rain in some areas and causing deadly flooding and billions of dollars in damage.

In Texas, 23 people died as a result of the storm, which formed on June 4, 2001, and then first made landfall the day after.

The storm made its way up the state after the initial landfall, before moving back over Houston four days later, dumping historic amounts of rainfall.

Parishioners of the Soldiers of the Cross Church are incredibly thankful now, but when the rain started the evening of June 8, 2001, it was so much water, so fast.


By the time they got to the safety of an overpass two blocks away, there was nothing left of the church compound they'd built.

The Alley Theater was ruined and freeways became parking lots of abandoned and useless cars and trucks. Thirty-thousand people needed emergency shelter after Allison. There was $5 billion in damage.