Tornadoes kill at least 5 in northeast Texas and Arkansas

AP
VAN, TX -- Emergency responders searched through splintered wreckage Monday after a line of tornadoes battered several small communities in Texas and Arkansas, killing at least five people, including a young couple who died trying to shield their daughter from the storm.

The couple, both in their late 20s, died when a twister hit their mobile home late Sunday in the Arkansas town of Nashville.

Michael and Melissa Mooneyhan were trying to protect their daughter when the parents' trailer flipped over and "exploded," Howard County Coroner John Gray said. 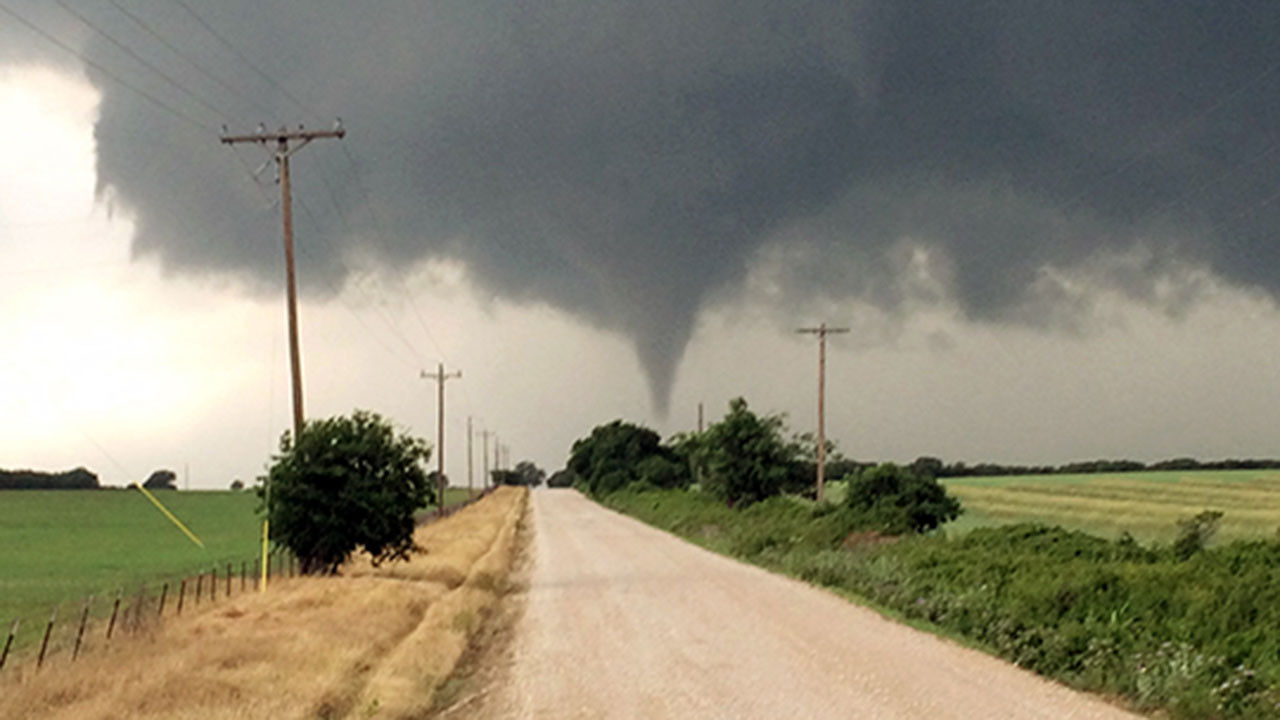 Tornadoes tear through Texas, Iowa, South Dakota
Tornadoes hit several states over the weekend, including Texas, Iowa and South Dakota, ripping the roofs off buildings and leaving destruction in their wake.
"I had wondered if they were in an enclosed space like a hallway or a bathroom just sheltering the little girl when it hit," Gray said. "It's a miracle that little girl survived."

The girl, who is about 18 months old, was taken to the hospital and later released to relatives.

"That poor little girl is never going to know them," Gray said. "But she's young enough that she'll never remember what happened."

The two parents met when they were teenagers attending different high schools and were married in April 2004, before they even graduated.

Polly McCammack, who also lives in Nashville, is Melissa's third cousin. A week ago, she said, the close-knit family lost their grandmother who "practically raised" Melissa and her siblings.

"The family has been hit hard. They're strong, but it's almost like to the point you're afraid to breathe," McCammack said.

Michael Mooneyhan worked in the deli department of the local Wal-Mart. Melissa was a stay-at-home mom doting on their daughter.

"That baby was definitely their life. They considered her their greatest blessing. You couldn't find two parents who loved a child more," McCammack said. "She's going to grow up knowing family and knowing love."

Family members went to the site of the destroyed home looking for mementos, toys and other things they could salvage for the little girl, McCammack said.

When a second warning was issued for about 16 miles south of Nashville, the sirens could not be sounded, Raulerson said.

In neighboring Texas, a tornado pummeled the small city of Van, damaging or destroying 50 to 100 homes and the local schools, according to Chuck Allen, fire marshal and emergency management coordinator for Van Zandt County.

For much of the day, eight people were still unaccounted for in Van, population 2,600, about 70 miles southeast of Dallas. But by late Monday night, Texas Department of Public Safety Trooper Jean Dark said everyone on the missing list had been accounted for. However, she said that just to be safe, cadaver dogs were checking the area.

Officials confirmed that the tornado was an EF3, with winds from 135 mph to 140 mph, Allen said.

Rescuers went door to door. Damage was widespread, with trees uprooted and numerous homes and buildings flattened or ripped apart.

At least 42 people were injured, according to two East Texas hospitals. Four patients were in critical condition.

James Crawford and his wife, Thelma, rode out the storm in their mobile home in the area with some of Van's worst damage.

They were in bed and did not have time to run, she said. All she could do was roll over and give her husband a bear hug while they held on.

Thelma Crawford said she believes their home lifted off the ground a bit, then came back down.

"We're like family in that neighborhood," she said. "When one of them gets hurt, I hurt."

In some cases, the fronts of homes were sheared off, revealing living room furniture tossed in a jumble. Houses were spray painted with an X to indicate they had been searched by emergency workers.

Kimberli Shane held a muddy hand to her forehead as she watched friends and neighbors salvage furniture from the home she rented.

"All I could really hear was the house pulling apart," she said. "And my son saying, 'Oh no, it's right over us.'"

The storm system was expected to slowly move east. Thunderstorms were forecast from Texas to the Great Lakes region.

"This is certainly not an atypical system for spring where you've got the remnants of winter but the onset of summer," Carbin said.

The same storm system dumped 11 inches of rain in some places and caused widespread flooding. Firefighters in Corsicana, 60 miles southwest of Van, recovered the body of a driver who had ventured into the floodwaters after his vehicle stalled in a swollen creek.

The heavy rain caused a huge sinkhole to open up in Granbury, some 40 miles southwest of Fort Worth. The 40-foot-wide sinkhole swallowed the parking lot of a supermarket and damaged water and sewer lines beneath, WFAA-TV reported.

Farther north, in Lake City, Iowa, a suspected tornado tore the roof from a high school as about 150 students, family and faculty attended an awards ceremony inside Sunday night.

"The lights went off, and everyone's ears kind of popped," Birks said, adding that school windows were blown out and insulation was scattered nearby. He also said the high-jump pit from the school's outdoor athletic complex was missing, and hurdles were scattered everywhere. 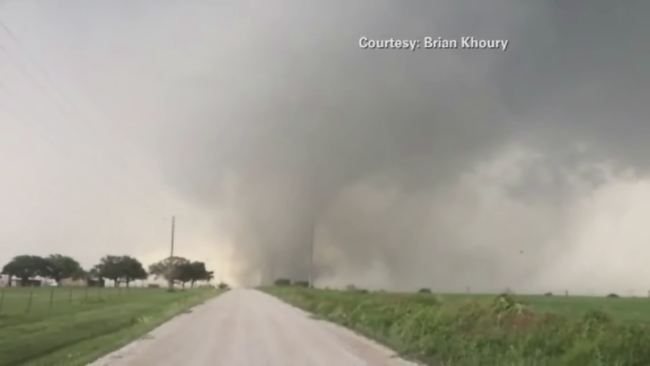