Check your vent pipes: Warning after a load of laundry leads to house fire 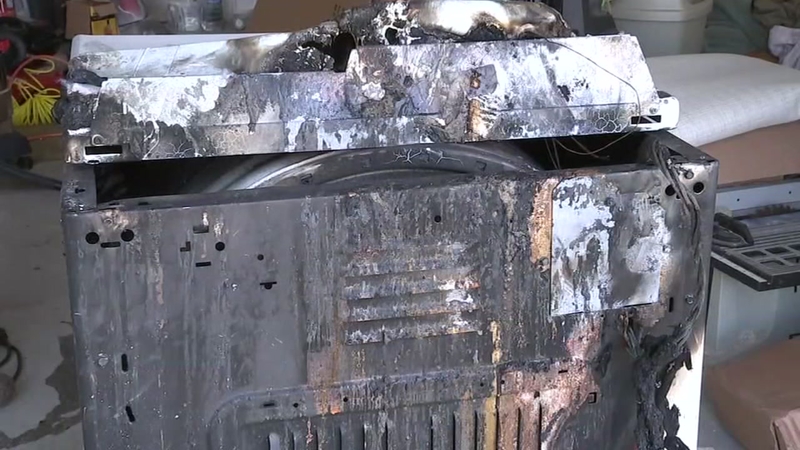 The homeowner, Randy Davis, says the couple had just thrown in a last load of towels to dry and they went to bed.

Davis said he was alerted by the smoke alarms and found his house filled with smoke.

He found flames shooting up about three feet from the dryer in the laundry room.

"We tried taking water to it, pots of water. It went out and then came back," he said.

Phillip Arroyo, with the Deer Park Volunteer Fire Dept., told Eyewitness News there was a lint blockage, not in the screen but in the exhaust pipe.

Arroyo says the heat from the dryer was backed up and the lint acted like kindling, igniting a spark.

The fire department says this is a reminder to regularly clean out the vent pipe attached to drying machines.