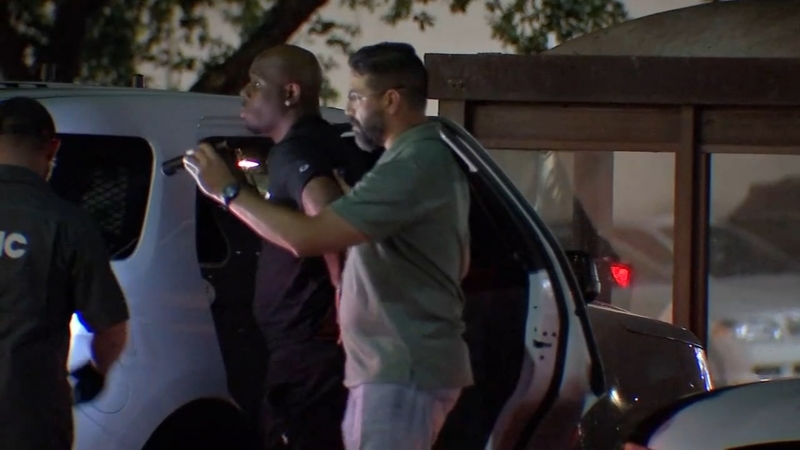 HOUSTON, Texas (KTRK) -- Two men and one woman believed to be responsible for seven robberies in 11 days were arrested in southwest Houston.

Investigators say they had been keeping tabs on the suspects who were involved in takeover-style robberies, targeting Walgreens locations from Jones Road and Champions inside the county, across the city of Houston and into Fort Bend County.

"Usually they would wait for the customers to leave. They wanted the store pretty empty, just the employees," said HCSO Sgt. Jeff Thomas.

Their alleged crime spree came to an end around Tuesday at 11 p.m. when authorities who were already doing surveillance on the crew caught them holding up the Walgreens at Stella Link and Braeswood.

ARRESTED: this man is one of 3 ppl arrested while allegedly robbing a Walgreens off Braeswood. Investigators say the crew is responsible for 7(!!!) robberies in the last 11 days. #abc13 https://t.co/DMheQEmlsx pic.twitter.com/81ZZb5CZQr

One of the Walgreens employees was treated for a panic attack when the suspects tried to rob the store, police say.

No one was physically injured.