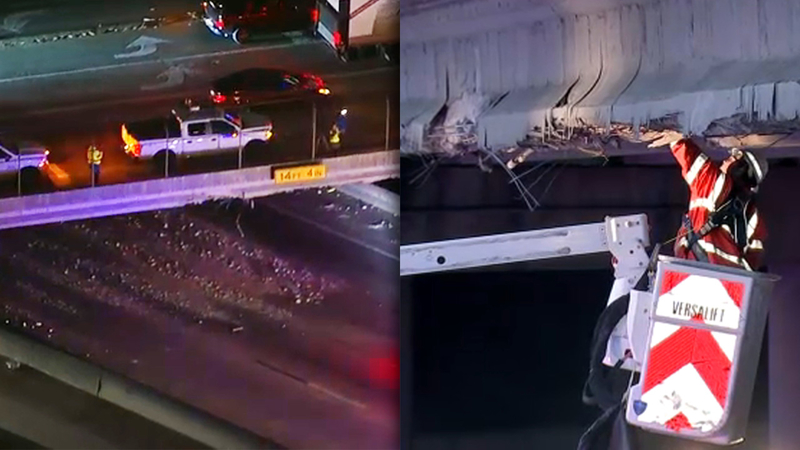 HOUSTON, Texas (KTRK) -- Drivers were stuck in backups for at least a few hours after an 18-wheeler hit an overpass on the East Freeway, leaving concrete scattered on the road.

The freeway was shut down at Waco since about 4:00 a.m. and reopened shortly after 7:30 a.m. when crews cleared the debris.

Signs on the bridge show the clearance is 14 feet 4 inches.

The driver did not stop.

This is just one of several times that an overpass has been hit in Houston.

Less than two weeks ago, an 18-wheeler lost its load after it slammed into the Houston Avenue Bridge, which has also been hit multiple times by trucks that were too tall.

I-10 UPDATE: Crews swept up the concrete but @TxDOTHouston is assessing the bridge.

Still only one lane of traffic getting by!

Freeway Closure: 4400 E I-10 (East Fwy) at Waco. All westbound lanes are closed after a truck appeared to have hit the Waco St overpass, scattering debris over the freeway. Expect traffic delays in the area. #hounews #houtraffic CC6