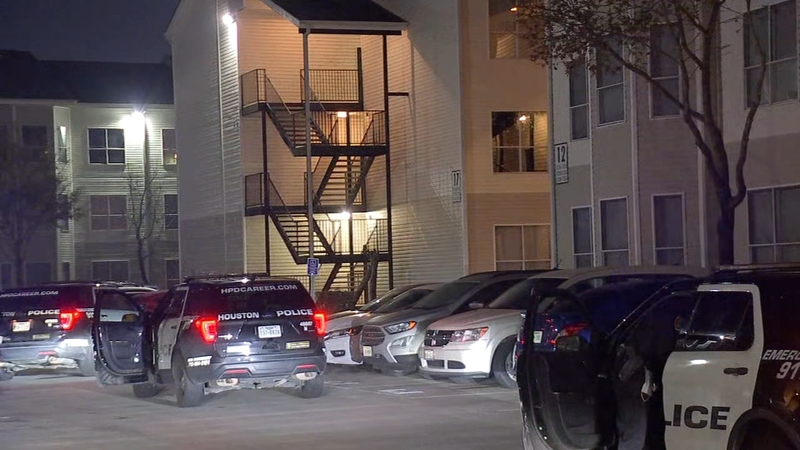 HOUSTON, Texas (KTRK) -- A baby was found safe inside an apartment where a man was shot to death Monday morning in north Houston, police say.

Just before 5 a.m., HPD responded to a shooting call on W. Little York and Domino Lane, near the North Freeway.

Officials say the baby was inside the third-floor apartment with three adults when someone showed up and started firing shots during a fight.

When officers arrived, they found a man who had been shot to death and a woman who also had a gunshot wound. She was taken to the hospital in critical condition.

A second man and a baby also in the apartment were both OK, authorities told ABC13.

A neighbor reported hearing banging and then gunshots.

Police said they do not know who the shooter is, but they are looking for surveillance video.

An infant (possibly as young as 6 months old according to a neighbor) was in an apartment with three adults when someone showed up and started firing. Police believe the shooting is a result of an argument that happened in an apartment complex off W. Little York. pic.twitter.com/ZfjrAl9yTq