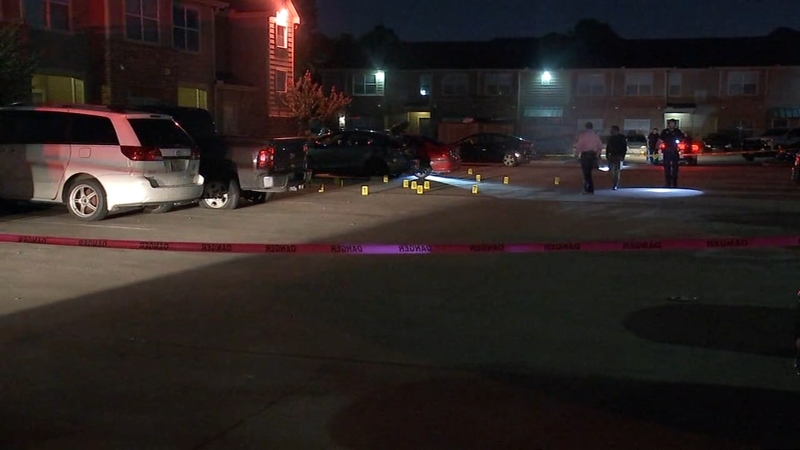 HARRIS COUNTY, Texas (KTRK) -- A man was shot to death at a north Harris County apartment complex, and deputies believe multiple shooters may have been involved.

It happened around 10:30 p.m. in the 300 block of North Vista Drive near Imperial Valley Drive.

Deputies with the Harris County Precinct 4 Constable's Office were called to the area after multiple reports of shots fired when they found several vehicles that had been hit by gunfire, shell casings on the ground and several areas of blood in the parking lot, authorities said.

As they arrived, they were notified that a man had been taken to a north Houston hospital with a gunshot wound.

Investigators said the man, identified as Gabriel Lopez, was transported to the hospital by someone who was at the apartment, but it wasn't clear what exactly happened.

There may have been at least one other shooting victim, but deputies haven't been able to locate any others who may have been involved.

There was no word on what led to the shooting.