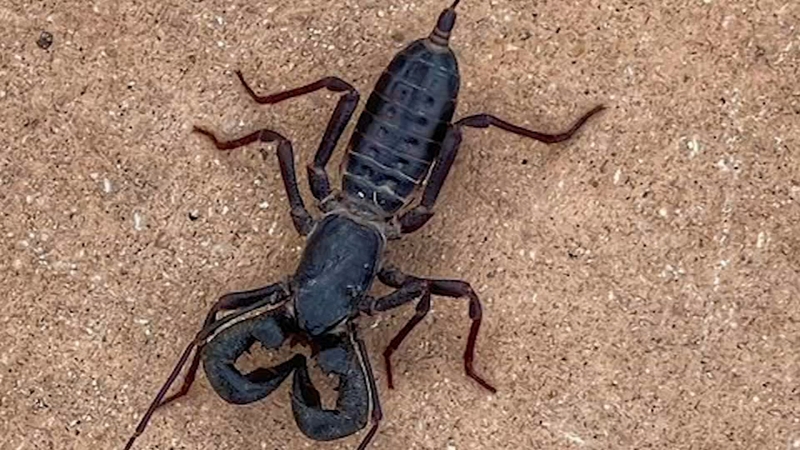 The rugged terrain known as Big Bend certainly has its share of wild creatures, but sightings of one particular being has raised some eyebrows -- and probably the hair on the back of a few necks too.

The mastigoproctus giganteus (Lucas) arthropod, also known by its more common name of vinegaroon, has been spotted by officials at Big Bend National Park, and the image of the pincher-equipped, acid-shooting resident was enough for Houston Chronicle reporter Abigail Rosenthal to refer to it as a "land lobster from hell."

Fans of the Big Bend National Park's Facebook page went wild with the comments about their discovery.

"I am going to have nightmares from this photo," one fan commented. "That's enough internet for today."

Vinegaroons are coming out of their burrows looking for food and love thanks to summer rains, according to the parks service. They grow to around three inches long and are generally harmless unless they're threatened.

When they get annoyed, they're capable of shooting acetic acid (vinegar) from their "whips" to discourage intruders and overly-curious fans of bugs, hence their name vinegaroon.

Fortunately for us, the spray is non-poisonous, according to Texas A&M Agrilife Extension.