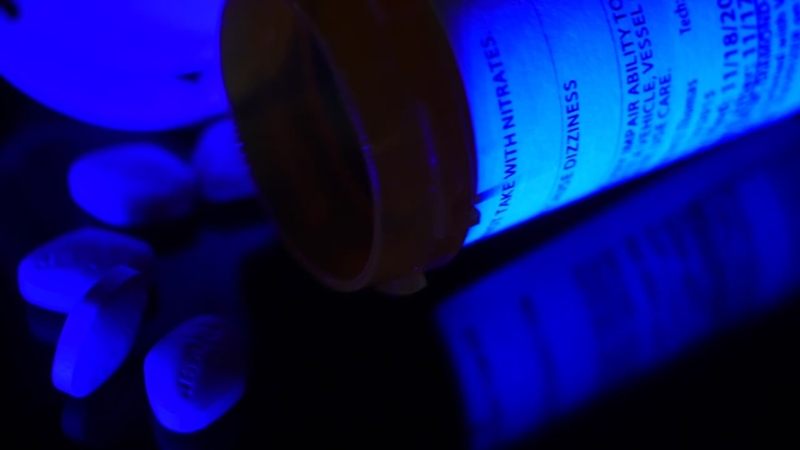 HOUSTON (KTRK) -- We usually think of Viagra as a drug for older men. But, some people as young as teenagers are secretly taking the little blue pill. Doctors say taking the drug may have some dangerous side effects many don't know about.

They are known on the streets as the blue diamond," said Dr. Nick Solomos with the Kelsey Seybold Clinic

Men as young as teenagers...

"I say guys probably start experimenting with it around age 19," he said.

Some are paying anywhere from $20-$60 a pill on the black market for Viagra.

"I would say it's more common than people care to talk about," Dr. Solomos said.

I spoke to at least a dozen men some college age others late 20s and early 30s, who admitted to secretly using Viagra but only one would agree to go on camera. The 32-year-old asked us to conceal his face.

So why are these teenagers and 20 and 30 something man secretly taking the drug often prescribed to older men who want help in the bedroom?

"If there is a guy that wants round to round three and round six you have the opportunity as well," he said.

But doctors say it could be dangerous.

"A lot of these Viagra pills are gotten from friends or acquaintances who haven't interviewed the person done and examined to make sure they are not on any medications that would interact with them," he said.

"Something called priapism and what this is an erection that does not go away and if it last beyond four hours there could be actual decreased blood flow and cause permanent damage. It's typically fixed surgically. It can involve a needle and other instrumentation," said Dr. Solomos.

This young man says it's been a while since he's taken a blue pill and now.