The goal is to help more veterans receive benefits -- especially those with constrictive bronchiolitis and cancer.
ABCNews
By Ben Gittleson 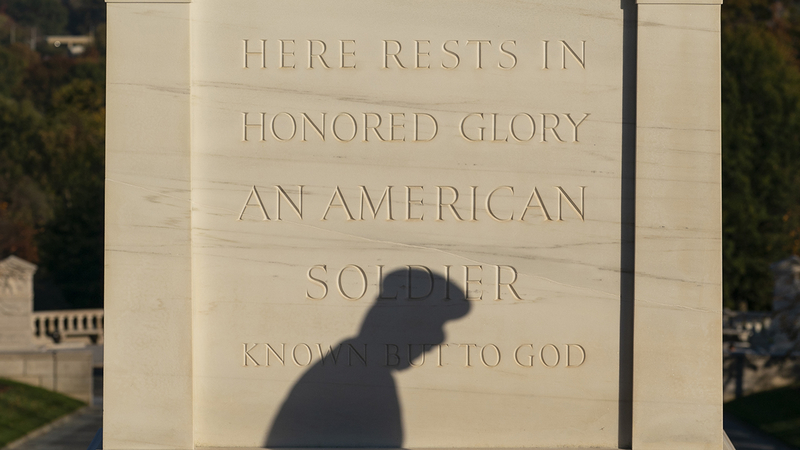 Veteran families pay respects at Tomb of the Unknown Soldier

He also traveled to Arlington National Cemetery in Virginia to participate in a wreath-laying ceremony and deliver remarks.

The Biden administration said Thursday it is establishing a new policy for U.S. veterans who have been exposed to toxic "burn pits" during their service overseas.

The goal, the administration said, is to help more veterans receive benefits -- especially those with constrictive bronchiolitis, lung cancers and rare respiratory cancers.

Secretary of Veterans Affairs Denis McDonough told ABC News correspondent Stephanie Ramos the policy has been a major priority for the Biden administration since it took office.

The changes, he said, will help veterans with terminal cancer "who we can't tell to wait."

The Veterans Administration will now "create presumptions of exposure ... when the evidence of an environmental exposure and the associated health risks are strong in the aggregate but hard to prove on an individual basis," according to the White House.

It's an issue close to Biden's heart.

Biden has said he suspects his late son Beau's exposure to "burn pits" in Iraq contributed to his death.

"Because of his exposure to burn pits, in my view -- I can't prove it yet -- he came back with stage four glioblastoma," Biden said in 2019. "Eighteen months he lived, knowing he was going to die."

Biden also said that "anybody who was anywhere near those burn pits, that's all they have to show and they get covered, they get all their health care covered."
In August, the VA began processing claims for asthma, rhinitis and sinusitis. "Presumptive conditions" will also now include "constrictive bronchiolitis, lung cancers and rare respiratory cancers such as squamous cell carcinoma of the larynx or trachea and salivary gland-type tumors of the trachea," the White House said.

The VA is now testing this as a pilot program, a senior administration official said.

Biden has also directed the VA to provide recommendations on the new presumptive conditions within 90 days, and after that, the administration will add more health conditions and exposures, the White House said.

The administration also plans to improve its data on individual exposures and raise awareness of benefits related to military exposures -- through public service announcements, live events and other outreach. A call center will be set up and a network of specialized providers will be established, according to the White House.

Moreover, veterans currently have five years after they're discharged or released to make claims related to their service in Afghanistan or Iraq, and the Biden administration wants Congress to extend that timeline.