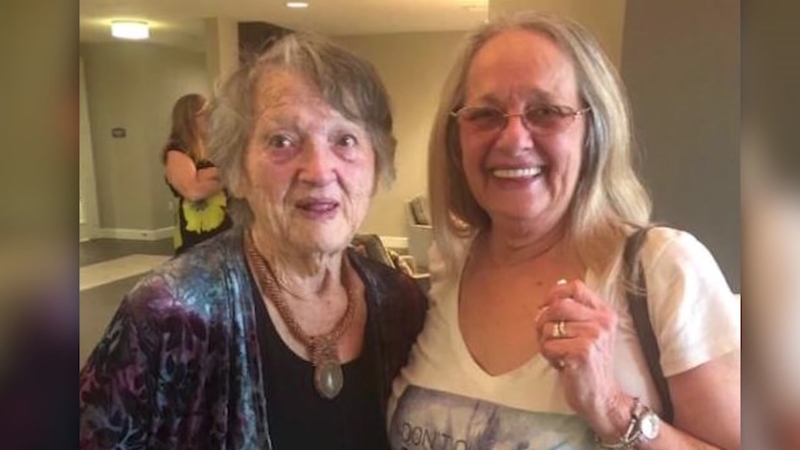 Woman reunites with her birth mother after 69 years

A woman has reunited with her birth mother after 69 long years.

In 1949, Connie Moultroup was born to an unwed mother in Indiana. The staff told her mother, Genevieve Purinton, that her child had not survived, CNN reports.

But Moultroup lived, and the staff sent her to an orphanage.

The child's stepmother who raised her reportedly ended up being abusive.

Moultroup had been searching for her biological mother for years when her own daughter gave her an Ancestry.com DNA testing kit in 2017. She credits that for helping her find unknown relatives, who led her to her birth mother.

After nearly seven decades, Moultroup finally reunited with Purinton in Florida on Monday.

"My husband and I walked into the residential community where she lives, and I knew she used a walker and there was only one woman there with a walker. So I just-- as soon as she turned around I was looking in the mirror-- and I knew it was her. And ran over to her and just hugged her and started to cry," Moultroup said. "We hit it off instantly. It was like -- I don't even know how to describe it. It was an instant connection. It was -- it was really astounding."