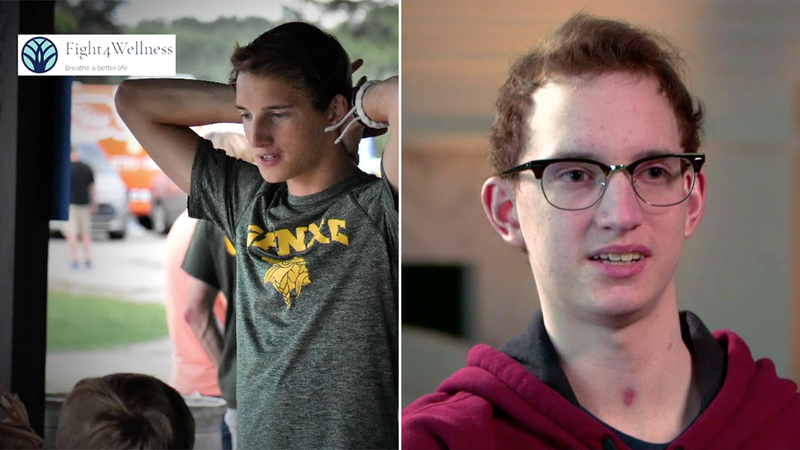 A former teenaged e-cigarette user who underwent a double lung transplant is speaking out, warning others to stop vaping.

Daniel Ament was once a healthy high school athlete who enjoyed sailing, swimming and running. Now the 17-year-old is recovering from his lung transplant, believed to be the first-ever related to vaping.

"It started off whenever I'd be with my friends on the weekends, I would just hit (their vapes)," he said.

In early September, he started feeling ill, mostly with headaches. His mother Tammy took him to the hospital and got Daniel to admit he had been vaping.

"It's really frustrating, and I know that the kids, I think they cover for each other," Tammy Ament said.

Once in the hospital, Daniel rapidly declined and was put on life support for 29 days. He said doctors thought he had a 10% chance of surviving.

On Oct. 15, Daniel was given a double lung transplant.

RELATED: Man thankful to be alive after risky double-lung transplant

He is now home and recovering but had lost more than 40 pounds, needs to take more than 20 medications a day and must wear a mask in public.

"Opportunities that I would have had before, like going into the military, I can't do that anymore," he said.

Ament said when doctors told him his illness was vaping-related, he didn't believe it.