Houston post office could soon be renamed after Vanessa Guillén

Vanessa Guillén was murdered in April 2020 in Fort Hood, where she was an Army Specialist.
KTRK 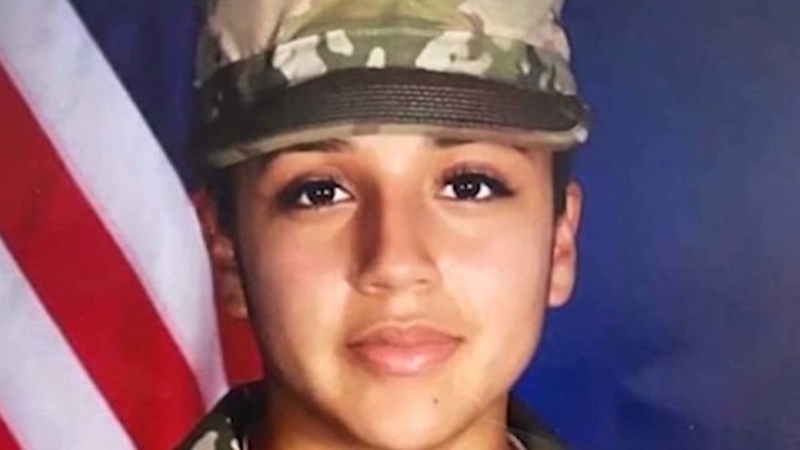 HOUSTON, Texas (KTRK) -- A bill aimed at keeping the memory alive of Army Spc. Vanessa Guillén could soon pass as it would name a post office after the murdered soldier.

If H.R. 224 moves forward, it would rename the post office at 5302 Galveston Road as the Vanessa Guillen Post Office Building.

The post office is just a few blocks from César Chávez High School, where Guillén graduated from in 2018 before serving in the U.S. Army.

Congresswoman Sylvia Garcia (D-Houston) first filed the legislation on Sept. 30, 2020, on what would have been Guillén's 21st birthday.

"Vanessa's tragic death has been has been a wake-up call for the country regarding what has to be done to protect our young soldiers from potential harassment and sexual assault. Renaming this post office won't bring Vanessa back, but it will serve as a constant reminder of her legacy for her family and the Houston region," Garcia said in a statement at the time.

Today, Vanessa Guillén should be celebrating her 21st birthday.

In honor of her memory, I introduced a bill to rename a post office in Houston in honor of Vanessa’s legacy. This won’t bring her back, but I hope it will be a lasting tribute in her name. #JusticeForVanessaGuillen pic.twitter.com/W9UTySjKYH

Garcia represents the area where Guillén grew up.

She was just 20 years old, but she knew since she was 12 that she wanted to serve her country, telling her father that she dreamed of joining the Army.

On Tuesday night, Garcia spoke in support of her bill, saying it would be a small gesture on Congress' part to make the post office renaming happen.

"She was a rising star before her life was tragically cut short. As members of Congress, we have the moral obligation to honor Vanessa's memory and enact change that will end violence in our military installations," Garcia said. "I will not rest until there is justice for Vanessa Guillén and her family."

Garcia was backed by other lawmakers, including Houston Congresswoman Sheila Jackson Lee, who called Guillén a hero in life and in death.

But they also noted how the young woman's family and supporters have since pushed for change in her name by getting sweeping changes signed into law regarding how the military handles sexual assault and harassment cases.

An Army investigation from April 2021 found that Guillén was sexually harassed by a supervisor, and that Fort Hood's leaders failed to initiate an investigation into the harassment or take appropriate action on it.

The next step for the bill would be for it to pass the House, which could happen as soon as Wednesday.