Carjacker shot after jumping into SUV with woman, HPD says 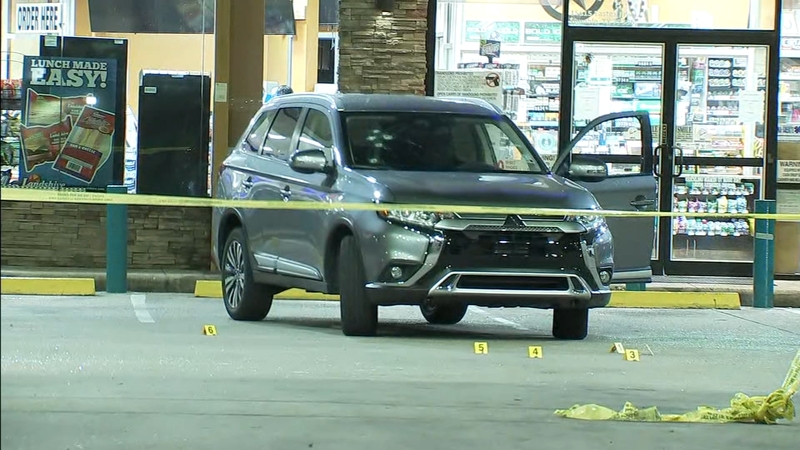 HOUSTON, Texas (KTRK) -- A suspected carjacker is in the hospital after being shot by a man at a gas station off the Eastex Freeway near the Beltway in northeast Houston.

The shooting happened just a few feet away from the doors and the pumps at a Valero gas station around 1:15 a.m.

Investigators say a male suspect in a black Ford F-150 was apparently involved in some kind of accident on the freeway, and pulled into the Valero.

At that same time, HPD says a couple was at one of the gas pumps; a woman was inside a silver SUV and a man was outside pumping gas.

That's when the driver of the Ford F-150 attempted to carjack the silver SUV with the woman inside, investigators say.

According to police, the suspect jumped into the driver's seat and tried to take off.

That's when the man pumping gas pulled out his gun and fired several shots at the suspect.

The suspect then jumped back out of the car. Investigators say he was shot and ran behind the gas station and collapsed

It is not clear how many times he was shot, but he was taken to the hospital.

Police say they are unaware of any injuries to the couple.