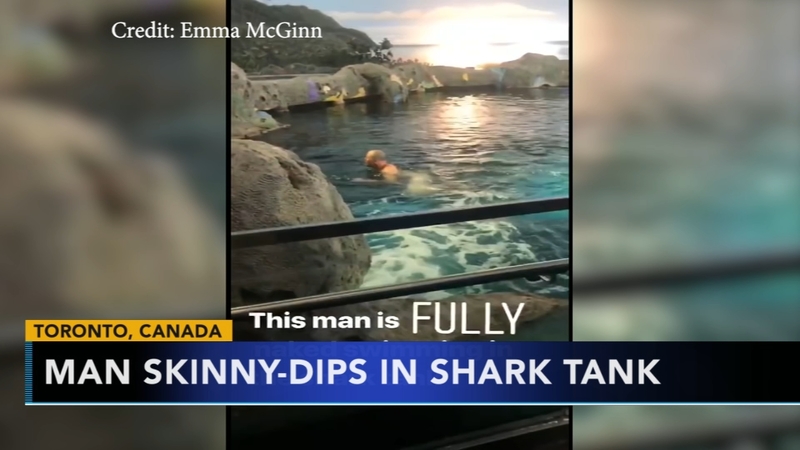 Police say a man's prank is no laughing matter.

He was caught on video, stripping naked and jumping into a large tank filled with a dozen sharks.

The incident happened at Ripley's Aquarium of Canada on Friday.

Amazingly, the sharks pretty much ignored the man, rather than treating him like a surprise snack.

Security guards were able to eventually coax the Toronto man out of the water, but he took off before police arrived.

Still, they were able to track him down and arrest him Tuesday.