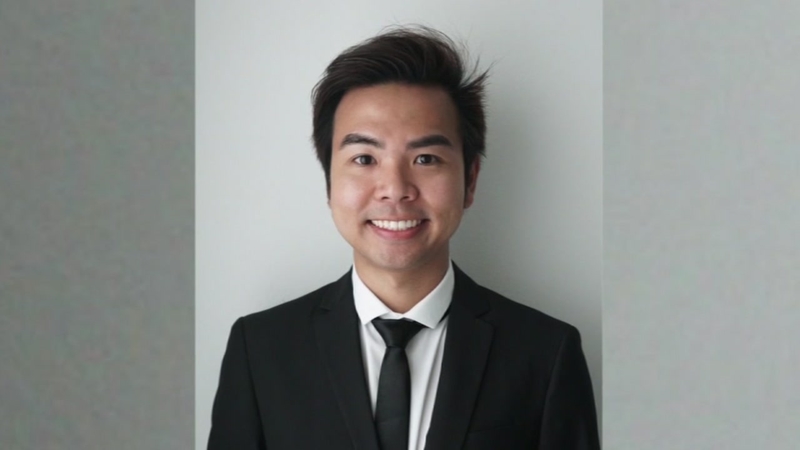 HOUSTON, Texas (KTRK) -- The body of a University of Houston student who went missing over a year ago has been found.

According to the medical examiner's office, the body of An Vinh Nguyen was recovered earlier this year on April 23 in a wooded area at 14381 Whistling Pines Drive in northwest Harris County.

Nguyen was last seen by his family in northwest Harris County on March 31, 2017. His family says Nguyen left a friend's home at the Golden Bamboo II Apartments at 8125 Mills Road in the Willowbrook area.

That friend and co-worker, Bobby Johnson, said that Nguyen told him he was heading home to finish a paper for school. The drive between Johnson's house and Nguyen's home should have taken about 15 minutes.

Loved ones also became worried when Nguyen didn't show up to work in Tomball.

"He came to my apartment on Friday night to work on something for school. He made us fish tacos. He left my home about 10:30 to work on that paper. I have a lot of anxiety about this whole situation. An Vinh is not somebody I work with. He is somebody I care about," Johnson told Eyewitness News last March.

Nguyen was a student at the UH Hilton College of Hotel and Restaurant Management.

In August 2017, two cousins, Jerrett Jamal Allen and Brandon Lyons, were linked to Nguyen's disappearance and the murder of a male nurse.

Prosecutors said that Lyons beat and strangled Soliman, who was a nurse at St. Luke's in the Texas Medical Center.

Homicide investigators at the time believed that Allen and Lyons lured both men on dating websites or apps. They suspect the motive was robbery.

The medical examiner lists Nguyen's cause of death as "homicidal violence." It doesn't appear anyone has been charged for his murder.

We have reached out to the Harris County Sheriff's Office for an update on the case.