HOUSTON, Texas (KTRK) -- TxDOT plans to make some big changes to I-45, the North Freeway, which include putting portions of the freeway underground.

Starting in 2020, TxDOT is not only planning to untangle the downtown freeway system by merging US-59 and I-45, it's also sending some spans of freeway underground in three locations.

US-59 between Main and San Jacinto will dive below ground level in the midtown area. Then it will go down again, right in the heart of downtown Houston, by Minute Maid Park and the George R. Brown Convention Center.

RELATED: I-45 is moving around downtown and it could change things

Farther north, on I-45, a portion of the freeway will get pushed below grade, from just south of North Main to Cottage Street.

If it seems hard to envision, take a look at the recessed Woodall Rogers Freeway in downtown Dallas.

In 2012, the Klyde Warren Deck Park was built over the freeway, creating green space with free programs like yoga and concerts.

With private funding, the same kind of public park concept could be developed here.

But the big question for many Houstonians is, what happens to an underground freeway during inevitable Houston flooding?

"With future projects, we're also incorporating not just the 500 year type event but also events such as Harvey and the Tax Day Flood and the Memorial Day Flood," Danny Perez of TxDOT said.

I pressed TxDOT for more information. They are also planning to add more retention ponds and pumps for any portion of freeway that goes underground.

They have fulltime hydrologists and engineers on staff who are helping with design.

You may not realize, but below-grade freeways are already here. The Southwest Freeway near the Spur 527 is lower than ground level.

If major flooding - like a Hurricane Harvey - occurs, any freeway that collects a life-threatening amount of water would be closed. 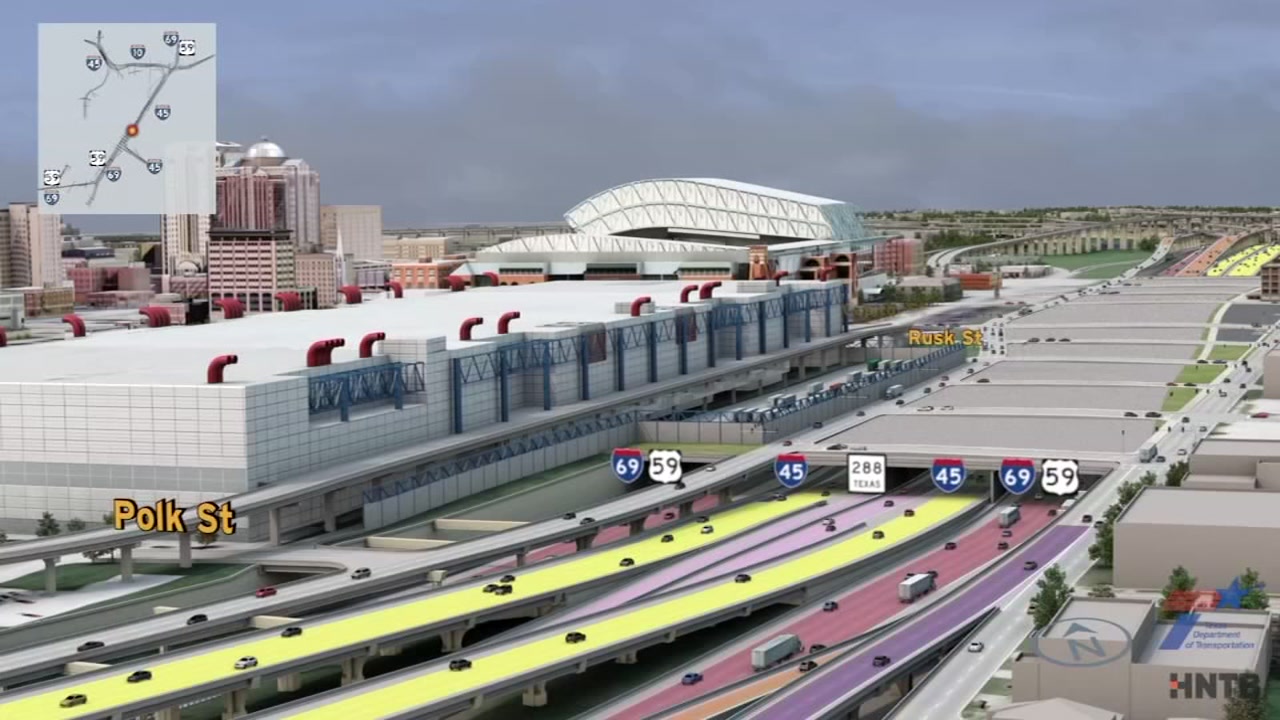 I-45 is moving around downtown